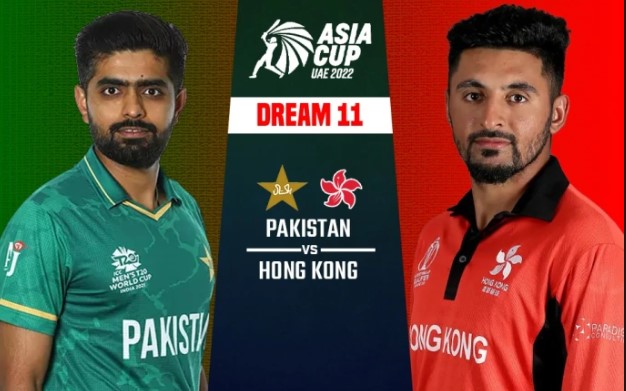 Going winless since the beginning of this year, Pakistan will be curious to get a win over Hong Kong tonight. They lost their first match against India in this tournament by a thin margin after performing poorly in the batting.

Just with the likes of tailenders, Pakistan was able to post a respectable score of 147 against India. While they look to improve that, Hong Kong, on the other hand is no less a team.

They had defeated three other Asian teams to qualify for the Asian Cup this year and managed to do better against India – even though they lost. While they hope to work on death bowling, their top order too needs some shine.

Pakistan, on the other hand, may replace the injured Naseem Shah with some of the pacers to cook up a better team against Hong Kong tonight. Here’s who could be playing;

Setting Babar Azam or Mohammad Rizwan as captain and Shadab Khan or Shahnawaz Dahani as VC is recommended. You may also try Nizakat Khan or Eshan Khan too.

With Sharjah having short boundaries, expect a lot of runs to be flowing tonight.