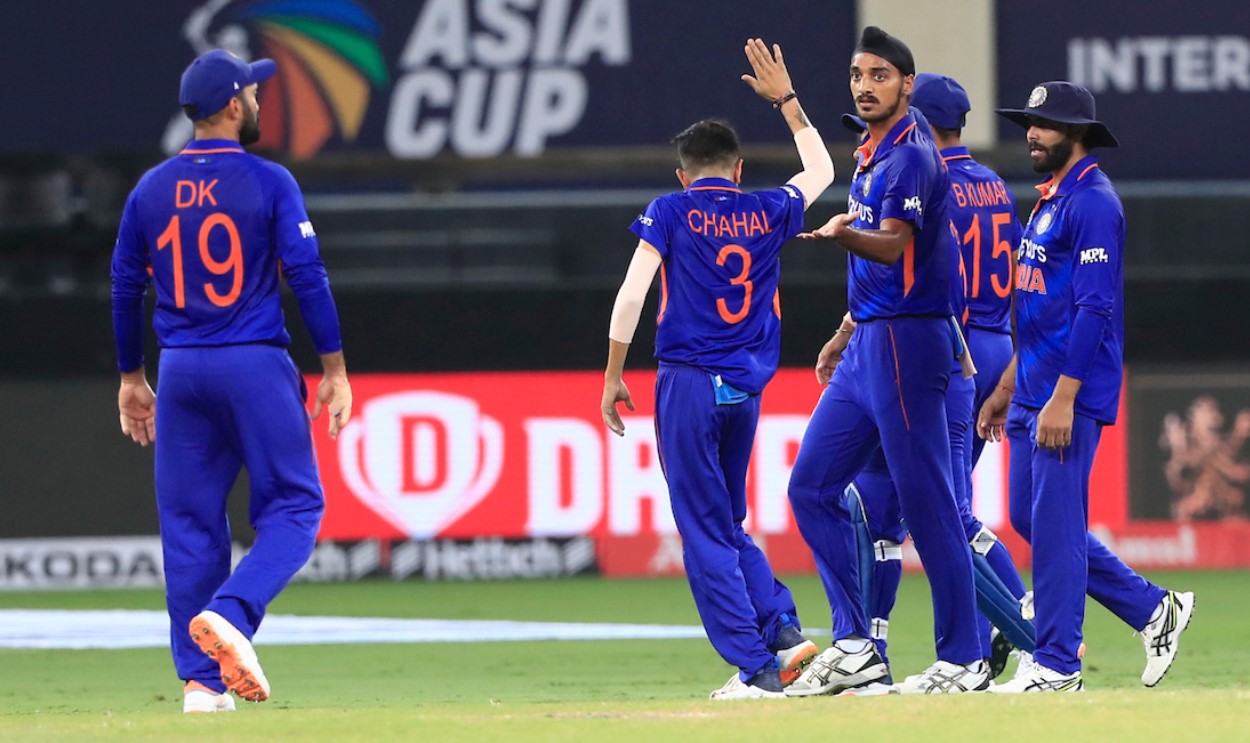 Resting Hardik Pandya didn’t make any dent in India’s power, as they achieved a comfortable win over Hong Kong tonight at the Dubai International Stadium. India’s Suryakumar Yadav and spinners Jadeja and Chahal were the highlights tonight, as they played a key role in a big victory against Hong Kong. Here’s how it went;

Winning the toss and opting to bowl first, Hong Kong has done a fair job of controlling India in the power play. With a wicket of Rohit Sharma, HK restricted India to a sub-50 score by 6 overs, and even after that.

Both KL Rahul and Virat Kohli moved slowly through the middle overs until their 56-run partnership was broken by Mohammad Ghazanfar in the 13th over. And that soon turned out to be a mistake, as Suryakumar Yadav walked in and changed the game completely.

While Yasin Murtaza, Ehsan Khan, and Ayush Shukla bowled with fair economies, the rest were thrashed bluntly by India, especially by Suryakumar Yadav in the end. And with a target of 193 runs, Hong Kong lost both their openers within powerplay, including the skipper – who was run out from a mind-blowing throw from Jadeja.

Following them, Hong Kong went fairly throughout the middle overs, with Babar Hayat and Kinchit Shah adding runs wherever possible but still running under the required run rate. But to their despair, Jadeja and Chahal choked them completely and pushed the required run rate to over 12 runs per over.

Though some boundaries from Zeeshan Ali, Aizaz Khan, and McKechnie entertained the crowd, it was too late for Hong Kong to reach the humongous target posted by India, where they eventually lost by 40 runs. This led India to advance into the Super Four stage, where they’d face a team from Group B later this week.

Hong Kong, on the other hand, has a chance to do so by beating Pakistan in their upcoming fixture. For his heroic batting of 68*, Suryakumar Yadav was named the player of the match tonight.