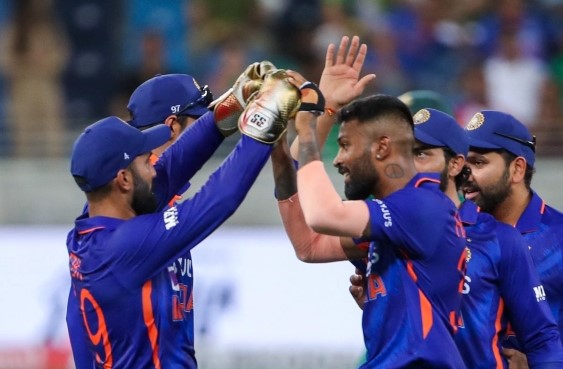 A match between India and Pakistan has never been this thriller in recent times. With an average score, India was forced to play till the end and win in a sensational way. Hardik Pandya is the man behind India’s success today, who aided in both batting and bowling. Whereas Pakistan pacers struggled at the end with cramps and injuries, eventually giving up the match. Here’s how it went;

Winning the toss and opting to bowl first, India made a good start by scalping Pakistan’s skipper – Babar Azam, and Fakhar Zaman in the powerplay.

Peak viewership of over 13 million streams records on Disney+ Hotstar tonight, which is this year’s highest so far. But Mohammad Rizwan and Iftikhar Ahmed dragged the innings slowly in 12 overs, adding 45 runs to the third wicket. With Hardik Pandya breaking their bond and returning both the batsmen to the pavilion, Pakistan’s batting line-up started to collapse since then.

They have lost every other batsman in almost every over but cleverly managed to add up runs and put a respectable total on the board. Tailenders Haris Rauf and Shahnawaz Dahani have been the actual stars, who picked up a couple of maximums and boundaries in the last overs. Dahan, especially, pulled some of both the maximums out of the air – shocking even Pakistan’s dugout.

In terms of bowling, Bhuvneshwar Kumar and Hardik Pandya stood as the heroes, picking up 7 wickets together. And with a target of 148 runs, India was blown so early by Naseem Shah – who played his debut T20 match for Pakistan.

He bagged KL Rahul as his maiden wicket and also continued with a brilliant spell afterward. After Rahul’s fall, Virat Kohli and Rohit Sharma walked down slowly between the wickets, adding 49 runs to the second wicket in 7+ overs.

And with Mohammad Nawaz picking both Rohit Sharma and Virat Kohli in his spell, it was Ravindra Jadeja and Suryakumar Yadav who struggled to squeeze runs in the middle overs again. And with Naseem’s picking up Suryakumar Yadav just when needed, it was Hardik Pandya and Jadeja who made up crucial runs for India at the end.

They made a 50+ run partnership in the last five overs and did most of the job. Though Jadeja was bowled in the last over, the match had already turned in favor of India by then, eventually succeeded by Hardik Pandya with a maximum.

Pakistan pacers Naseem Shah and Haris Rauf have been continuously plagued by pain; they laid down a couple of times and walked with cramped legs often.

This led them to bowl slowly, out of the line, and even give away some unnecessary runs at the end. All this led to Pakistan’s loss tonight, who will next face Hong Kong on Friday this week. While India will play against Hong Kong on Wednesday.

For his astonishing figures of 4-0-25-3 in bowling and 33(17) in batting, Hardik Pandya was named the player of the match tonight.