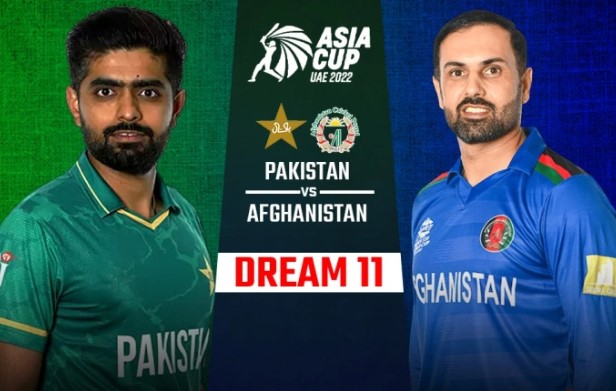 Tonight we’re about to witness an important fixture in the Asia Cup 2022, between Pakistan and Afghanistan – which will be a decider for both. If Pakistan manages to win, it’ll be kicking both Afghanistan and India out of the tournament.

And a marginal win for Afghanistan will keep both India and Afghanistan in the tournament. As it’s crucial, we may see Afghanistan ramping up their efforts to secure a win tonight by using slightly different strategies to overcome the night Pakistan – who had thumped Hong Kong to reach Super Four and closed a thriller match against India.

Using Rashid Khan early to scalp Babar Azam is one Afghanistan may think about, considering the number of dismissals the leg spinner scored against the Pakistan skipper. Also, Nabi will be expected to step up tonight, who has been poor in the middle order batting.

Pakistan, on the other hand, is plenty with what they had. Though with injuries to several major bowlers, the team has managed to polish their youngsters right in time. And with the confirmation that Rizwan is all good to go (since injured in the last outing vs. India), there’s no worry in the Pakistan camp. Here’s how who could be playing tonight;

Setting Mohammad Rizwan or Rashid Khan as captain and Rahmanullah Gurbaz or Naseem Shah as VC is recommended. You may also try Shadab Khan or Mohammad Nabi too.