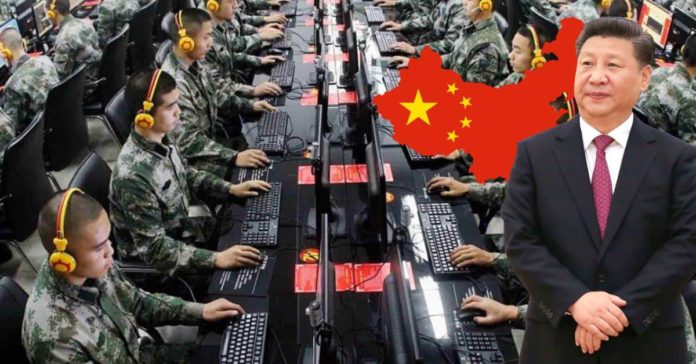 After the US accusing China of using spying on them using various technologies, now Indian shares the same. A post made by Brigadier Saurabh Tewari in the United Service Institution of India revealed that India is using technologies made up of Chinese providers and is vulnerable to many exploitations in a critical situation.

China is long been accused by many countries for cyber-espionage activities and probable spying through its vicious technologies. And now, India joins the list. In a post shared on United Service Institution of India, a national security and defense services think tank, Brigadier Saurabh Tewari said cyber attacks could be the fifth dimension of future wars. He further reclaimed that cyber warfare has outpaced conventional military technologies, thus cause more attacks.

China has been aggressively developing its cyber warfare technologies to infect and hit the adversaries in critical situations. This was started in 1997 when the Central Military Commission constituted a 100-member elite corps to invent ways for hacking the computers of American and other Western nations. Since then, it’s been acquiring cyber warfare capabilities of all kinds, and even raised a Strategic Support Force through the People’s Liberation Army.

Though all these were referred to Chinese exploitations, Mr Tewari warned about India’s future that’s still in the hands of China! He listed out the critical environments where India is being served by Chinese infrastructure, which can be easily exploitable in future. Starting with general Cyber environment, computer networks and critical hardware used by DRDO, National Thermal Power Corporation (NTPC), Police, Public Works Department (PWD), Finance, Space, Ministries etc are vulnerable to easy penetrations.

Further, firms like Huawei and ZTE are having close relations with the Chinese government, and are assumed to be prime weapons of implanting viruses, trojans and malware in all the equipment sold. And since they’re aided by State-Owned Banks in China, they’re capable of underbidding in all tendering processes of institutions like telecommunication networks, government departments, railway network, power network etc. And usage of their products may give them direct access to spy, control and steal confidential information whenever needed.

He also explained about the commercial-off-the-shelf microchips, which are widely used in most of the technologies, can be tweaked to give China power to confront better in cyberattacks. Similarly, India has imported much critical electrical equipment from Chinese firms to deploy Supervisory Control and Data Acquisition systems, which pose a grave threat in the future.

Lack of integration among various national agencies is yet another problem in reaping the best benefits. Since most of the agencies work independently, the delay and hard way of collaborating in critical times get difficult. Further, poor development of HR like assigning the number of cybersecurity experts in various national agencies is poor. The ratio of 550 : 1,00,000+ experts being deployed by India and China is underwhelming!

Finally, the lack of research institutions and improper regulations of privacy too are daunting. India’s push of Digital India campaign led many to get online, but without proper safety measures. They’re exposed to various cyberattacks that could be easily exploited. And to the same, leakage of citizens, personal data from Aadhar, and location data from Arogya Setu as in past were pure failures of nation’s security.