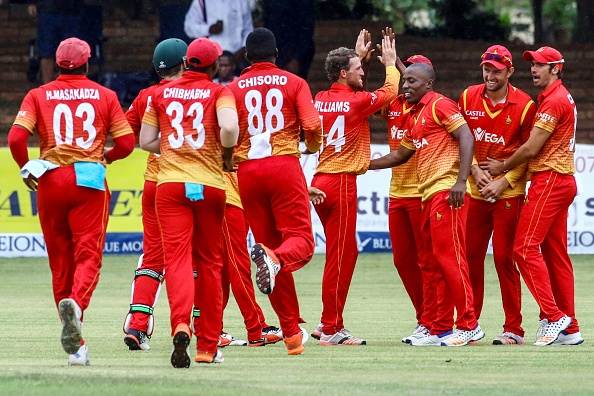 After decades of remorse, Zimbabwe fans are once again seeing the pride of their cricket. With the help of Sikandar Raza and skipper Regis Chakabva, Zimbabwe has taken over the ODI series too from Bangladesh – with a win in the second ODI. This happens just a few days after they gripped the T20I series too. Here’s how it went;

Sikandar Raza is the Man

Winning the toss and opting to bowl first, Zimbabwe let Bangladesh have a good start. Skipper Tamim Iqbal and Anamul made an opening partnership of 71 runs and walked to the pavilion in back-to-back overs of Tanaka Chivanga. After him, Madhevere and Sikandar Raza handled the entire Bangladesh middle order.

Except for Tamim, Mahmudullah, and Afif Hossein, no others have helped much in Bangladesh’s batting order. Yet, the team performed well to halt at 290 runs in 50 overs. Though Raza and Madhevere are the highlights of Zimbabwe bowling, the rest too have played their part in some way.

And with a target of 291 runs, Bangladesh lost the wicket of Kaitano to Hasan Mahmud in the very first over and Innocent Kaia in Hasan’s next spell. Though the other opener Marumani tried to build up the innings, he too fell short in the 15th over.

But that’s where the actual match began, as Sikandar Raza stuck again! This time, with the support of Regis Chakabva – Zimbabwe skipper – to make a grand partnership of 201 runs in 28 overs! While they seemed to take Zimbabwe home once and for all, Mehidy Hasan stuck Chakabva down and gave Bangladesh hope to defend.

How to Bangladesh VS Zimbabwe pic.twitter.com/HRVmZBTulA

But, with some quick-hitting by Tony Munyonga at the end, both Raza and he handed Zimbabwe their second ODI win against Bangladesh this series – eventually winning the ODI series too. The next and last ODI will be held on 10th August, at the same Harare stadium.

For his thumping innings of 117* and 3-wicket haul, Zimbabwe’s Sikandar Raza was named the man of the match.