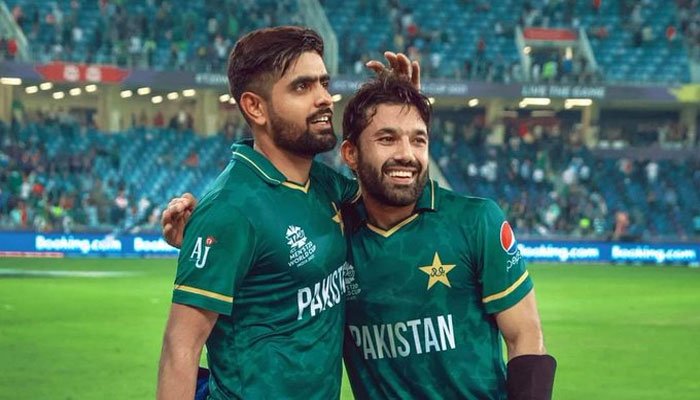 Losing the first match at home didn’t make them feel sad, as Pakistan successfully chased down the huge 200-run target with ease, and wicketless! Openers Babar Azam and Mohammad Rizwan are the heroes tonight who sparked many records together and as individuals.

Winning the toss and opting to bat first, England made a good start of 42 runs in 5 overs, with Alex Hales as the one to walk out first. With Ben Duckett and Harry Brook on the crease, England raced through the middle overs, and a great finishing by Moeen Ali set the total score to 199 runs in 20 overs.

While Moeen Ali is successful in achieving his half-century, Ben Duckett missed it, unfortunately. In bowling, all Pakistan bowlers were fairly thrashed by the England batsmen. And with a huge target of 200 runs, Pakistan didn’t heckle anywhere in the chase.

That was some scintillating 🏏 by 🇵🇰

Openers Babar Azam and Mohammad Rizwan together have successfully chased down the mammoth target in style! Without losing a wicket, Mohammad Rizwan (88″) and Babar Azam (110*) secured the second win for Pakistan in the ongoing T20I series.

Though Rizwan was the first one to complete his half-century, and Babar was struggling with a low strike rate, he eventually bumped up the innings after his 50 runs. Babar took just 22 deliveries to score his second fifty, with four sixes and three fours, and also becoming the first Pakistani player to score two centuries in T20Is.

Further, the 200+ run stand between these two openers is also a record of its own. With this win, Pakistan level the series by 1-1, and will be playing the next T20I tonight, technically, at the same stadium! Stay tuned.