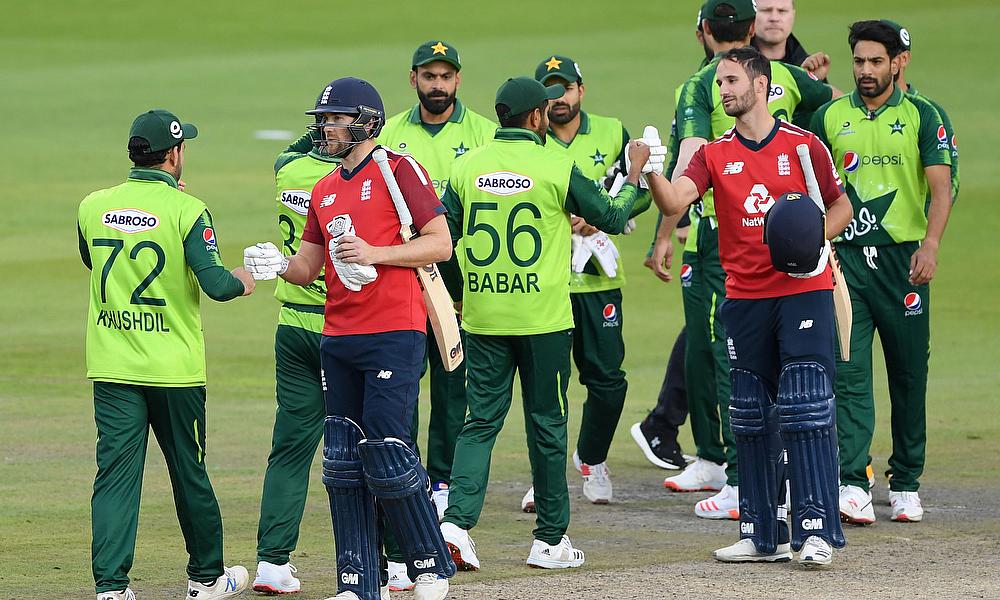 The first fixture in a grand 7-match T20I series against England hasn’t gone well for the host Pakistan, as they lost by 6 wickets tonight at the Karachi stadium. Here’s how it went;

Losing the toss and forced to bat first, Pakistan made their best opening in recent times – adding 85 runs to the first wicket in 10 overs. Well, except for that opening stand, Pakistan struggled in every bit since then – winding up for sub-160 runs in their designated overs.

Though Pakistan seemed to post a grand total with the opening partnership, the entire middle order was collapsed by the English bowlers, with Luke Wood and Adil Rashid being the key players.

With a target of 159 runs, England’s Alex Hales made an important knock of 53(40) and returned to the national side after a long gap. He, along with Dawid Malan and Ben Duckett, added 80 runs in 10 overs, putting England in a safe zone.

Though they were heckled by Pakistan’s bowlers in the middle over, Harry Brook took England to the coast in style. He scored 42 off 25 balls and chased down the target with 4 balls to spare – similar to how Australians chased the target posted by Indians in an alternate match.

For his brilliant restrictive bowling, Luke Wood of England was named the player of the match. With this win, England leads the 7-match T20 series against Pakistan by 1-0. The next match is scheduled for the 22nd of this month at Karachi National Stadium.