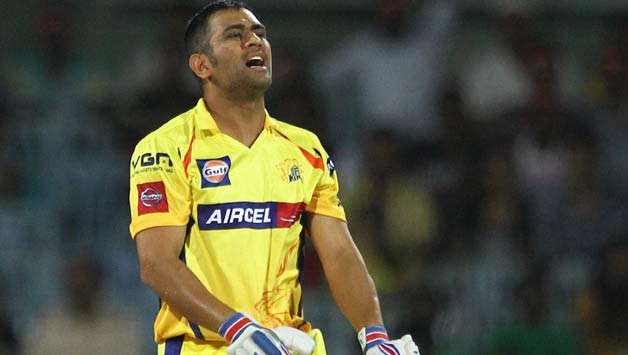 After a disappointing defeat, Chennai Super Kings fans have one more reason to feel bad. As per IPL Media Advisory, MS Dhoni was fined Rs.12 lakh for maintaining a slow over-rate in yesterday’s match against Delhi Capitals. This was imposed as per the IPL’s Code of Conduct relating to minimum over-rate offenses.

MS Dhoni is the reason why most CSK fans stick to the franchise. While fans were already hurt because of MS Dhoni’s duck last night, they now have yet another reason to remorse. Chennai’s skipper, MS Dhoni was fined Rs.12 lakh for maintaining a slow over-rate in yesterday’s match at Wankhede Stadium, Mumbai.

Shikhar Dhawan is adjudged the Man of the Match for his match-winning knock of 85 as #DelhiCapitals cruised through.#VIVOIPL #CSKvDC pic.twitter.com/0ebxJDSG5u

This was revealed by IPL Media Advisory yesterday, and named as CSK’s “first offense of the season under the IPL’s Code of Conduct relating to minimum over-rate offenses.” Previously, many skippers were fined in the same way for not completing the innings in the designated time.

Talking about yesterday’s match, Shikhar Dhawan and Prithvi Shaw’s blistering partnership helped DC to win their first match in this tournament. Both have made their respective half-centuries and departed after taking off the load from the next batsmen.

For their roaring innings, Prithvi Shaw was given the CRED Power Player of the Match, whereas Chennai’s Sam Curran was awarded the Safari Super Striker of the Match and Suresh Raina got the Unacademy Lets Crack it Sixes award. Finally, the man of the match – Shikhar Dhawan has received the VIVO Perfect Catch of the Match, Dream11 Game Changer of the Match, and the Upstox Most Valuable Asset awards.