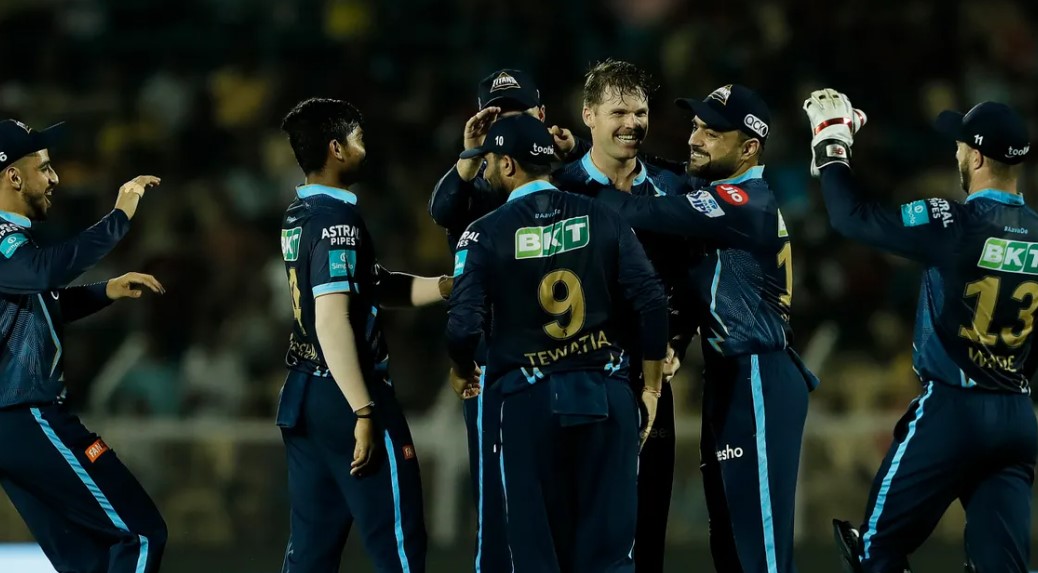 And that was one heck of a match! The fixture between Gujarat Titans and Punjab Kings had gone unbelievable tonight, with GT chasing the target perfectly on time, and continuing its unbeatable stance this season. Here’s how it went;

Winning the toss and choosing to bowl, Gujarat Titans had their first breakthrough coming from the skipper against the skipper! GT’s Hardik Pandya played PBKS’ Mayank Agarwal in his very first over, and later Lockie Ferguson took on Johnny Bairstow within powerplay.

But, this didn’t stop Liam Livingstone from thrashing the GT bowlers irrespective of their cadres, who went on to score 64 in just 27 balls. Though he’s fallen in the 16th over, some clever shots by Jitesh Sharma and Rahul Chahar got PBKS to 189 runs overall.

And with a target of 190, GT lost their first wicket in the form of Mathew Wade. But, the other opener – Shubman Gill has been exceptional with his knocks, along with the debutant Sai Sudershan added 99 runs to the second wicket. And in the pursuit of taking Gujarat home, Gill, unfortunately, surrendered to Rabada at 96(59).

Yet, he completed most of the job, and left the rest chase to Hardik Pandya and David Miller, who struggled to PBKS death bowling and eventually caught Hardik with a runout! But in a tough position of needing 19 for 6 balls, the just walked in Rahul Tewatia hit the much-needed maximums in designated balls, handing the GT their third win of this season.