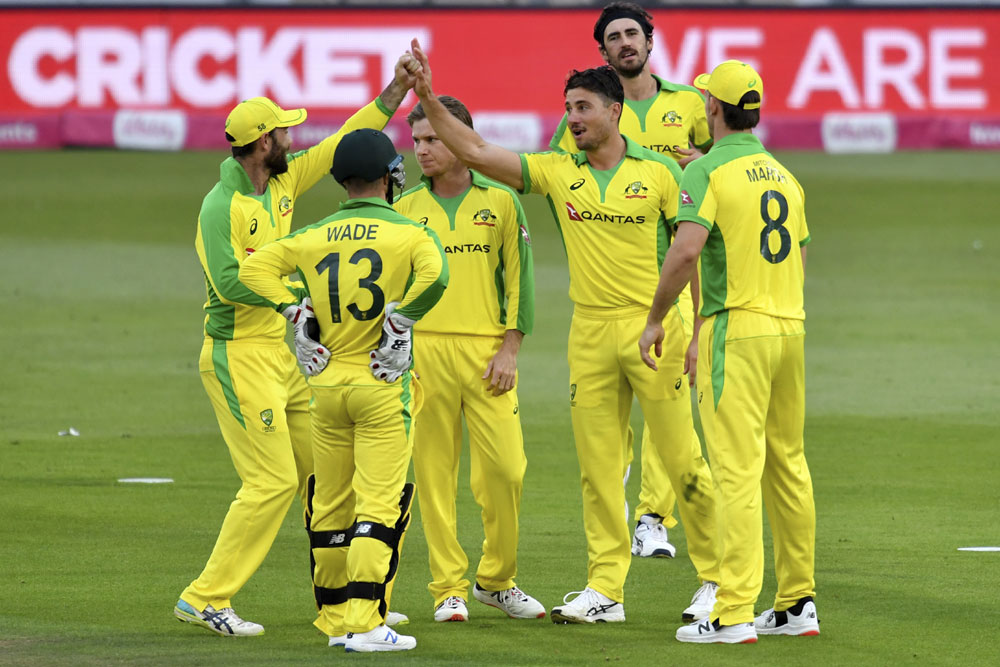 Even after posting a huge target for the visitors Australians, India failed to secure the match tonight. They had Suryakumar, Yadav, KL Rahul, and Hardik Pandya shining with bat tonight and Axar Patel with the ball – yet, they were belittled by the mighty Australians. Here’s how it went;

Winning the toss and opting to bowl first, Australia had Indian skipper Rohit Sharma and Virat Kohli caught quickly within the powerplay. But the other opener KL Rahul, partnered with Suryakumar Yadav to add 68 runs in 7 overs. After them, it was Hardik Pandya who smashed the wits out of Australian bowlers, who scored 71 runs in just 30 balls, pumping the scoreboard to breach the 200-mark.

With all the Australian bowlers smashed almost equally, India posted a huge total of 208/6 in their designated overs. While KL Rahul and Hardhik Pandya scored their respective half-centuries, Suryakumar Yadav ended at 45 runs – which too is an important knock.

Rohit Sharma: "You can back yourself to defend 60 runs in the final 4 overs. We were not able to take their wicket. That was the turning point, if we would have taken a wickets, things would have been different."#INDvAUS

And with a massive target of 209 runs, Australia made a good start by adding 33 runs to the first wicket in just 3.3 overs before the skipper Aaron Finch was bowled. But the young prodigy Cameroon Green – who’s playing his 2nd international T20 for Australia – made a thumping knock in the chase.

Scoring 61 runs in 30 balls, he and Steve Smith added 70 runs to the second wicket in just 6 overs! Though India caught back in the middle overs, it was Mathew Wade who stirred the innings to complete the chase successfully. Tim David, the Singaporean player which Australia brought on contract, has been fairly good tonight.

With the likes of Wade and Cameroon Green, Australia chased down the target with four wickets and four balls in hand. Expect for Axar Patel; the rest all the Indian bowlers have been thrashed – with Bhuvneshwar Kumar and Harshal Patel taking the most hits.

With this win, Australia leads the 3-match T20 series against India by 1-0. The next match is scheduled at Vidarbha Stadium on the 23rd of this month. Stay tuned.