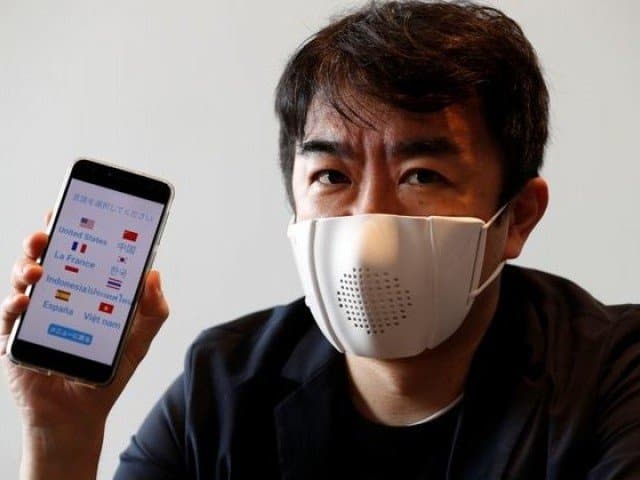 The ongoing pandemic has forced everyone to maintain social distancing, try work-from-home methods and most importantly, to wear masks whenever we step out. While it’s true that masks help us in avoid getting infected, wearing them for long hours is undesirable for many. To make that more interesting and purposeful, a Japanese company has a made a smart mask called “c-mask“.

A Smart Mask With Many Features

Donut Robotics, the Japanese technology company that invented this c-mask, has stumbled upon this idea while searching for a product to keep up the company running in this outbreak. The company has previously sold robots for translation and guiding in Haneda Airport. And now, it’s embedding this technology into their new product, a smart mask.

Donot Robotics says this internet-connected mask can be worn over a regular mask and can transmit messages (transcribing), translate Japanese into eight different languages, make calls and even amplify wearer’s voice. Connected via Bluetooth, c-mask has a dedicated app to be installed on phone and does all the above-said activities.

The company has a fixed price of this product for $40 apiece and is set to ship first 5,000 masks in Japan starting September. Further, Ono Pharmaceuticals, one of the oldest Japanese companies is set to sell c-masks in China, US and Europe. The company has built the prototype of this mask within one month, which has the previously developed translation software and a mask design created by an in-house engineer for his student project 4 years back.

It’s now aiming to generate revenue through its subscribe based services through its apps. The group’s claims to have achieved the initial target of raising 7 million yen in just 3 minutes and 49 seconds, and stopped after 37 minutes after reaching the 28 million yen target.