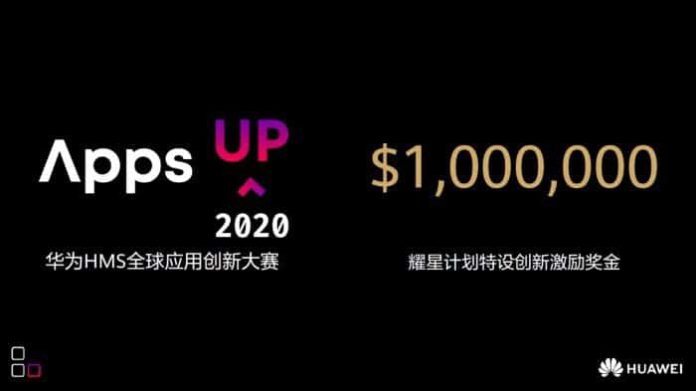 Huawei has just opened up an App Innovation Contest named Apps UP 2020. Under this, it’s calling developers from Aisa Pacific, the Middle East and Africa, Europe, China, and Latin America to develop innovative apps based on their HMS Core. Winners of this contest will be awarded under several categories, from the total pool prize of one million USD.

Huawei, despite being hit harshly by the US and many other nations, is still hoping to revive its smartphone business. The Chinese mammoth has been banned by the US, citing security reasons and cut off from many companies, including Google, for critical parts. Thus, it’s no longer affiliated to Android and cannot be using its base for its future phones. Yet, it’s doesn’t seem to be stopping by.

Huawei started developing its OS and technologies to power its future gadgets. This includes developing the Harmony OS (replacing Android) and HMS Core (replacing Playstore). And now, to develop them further, Huawei is calling upon developers from Europe, Aisa Pacific, Latin America, Middle East, and Africa and China to develop apps for its HMS Core.

The apps should be based on HMS Core, using its underlying technologies to power Huawei phones. The company has given examples of its HMS Core, mostly focusing on AI and AR features. Huawei asks developers to create similar apps that will be categorized as Best App, Best Game, Best Social Impact App, and Most Popular App.

The judges of this content will be filtering all apps submitted by September 20, 2020, which will then be going to public preview till October 4th. Here, the shortlisted apps will be promoted via Huawei’s AppGallery and contest page and will be tracking the votes and number of downloads received. Finally, all the shortlisted apps will be finalized for rewards by judges on specific dates for all regions in October.

The winners under various categories will be awarded cash rewards ranging from $2,500 to $15,000 for each app. Developers can participate in this contest individually or as a group (maximum of 3 people) and should enroll themselves before August 30th, 2020.