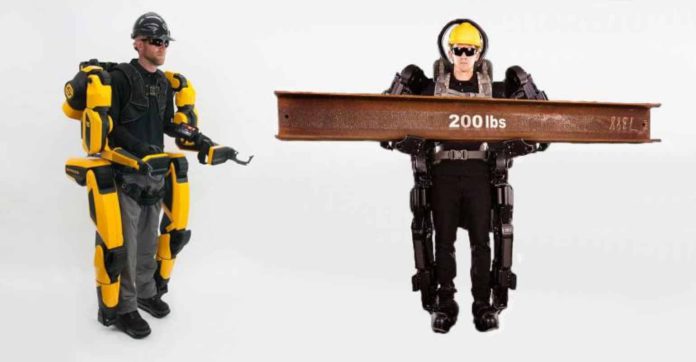 We all have thought of this. There would be some robotic company making the Iron Man suit possible one day. While we’re thinking of this to happen some hundreds of years later, there’s a company hailing from Salt Lake City, initiated such super suiting technology at basic levels.

Sarcos Robotics, an industrial technology maker that’s been in the industry for more than two decades, has now got something to show up: Guardian XO

This first-ever commercial robot suit is a wearable exoskeleton technology that’s aimed at helping industrial workers. This results in increased productivity of the workforce and reduces injuries.

The company has today revealed that it’s ready for delivering its Guardian XO Alpha units to its members of the Exoskeleton Technical Advisory Group (X-TAG) and the U.S. military in January 2020. The X-TAG group has a wide range of industries as automotive, aviation & aerospace, construction, oil & gas, and utilities. They all have been finding along with the US Military to make these alive.

Sarcos partners with huge construction companies as GE Ventures, Caterpillar, etc to help their workforce lifting 200 pounds of weights easily and do work with human Pace with these Guardian XO techs. These XO robots are full-body battery-powered exoskeleton suits that amplifies the wearer’s strength and endurance. The company claims their robots to posses “Combining human intelligence, instinct and judgment with robotic strength, endurance and precision.” Company clearly defines the intention of not replacing the human workforce, buy to enhance productivity.

Besides this Guardian XO, there’s Guardian S, a snake kind of robot that’s most helpful for public things as general recordings, surveillance, doing checklists periodically, etc. If employed by Governments, it can be useful for the public.

The other company that’s aiming for enhancing such industrial workforces is Boston Dynamics. It could be a rival, but Boston pledges not to serve its robots for any personal and harmful cause. Moreover, there aren’t for sale! Boston Dynamics leases their robots for the long-term and may pull back whenever they want if they’re used for other purposes. On the other hand, Sarcos is open to commercial contracts and production to selling their units and dust off its hands.