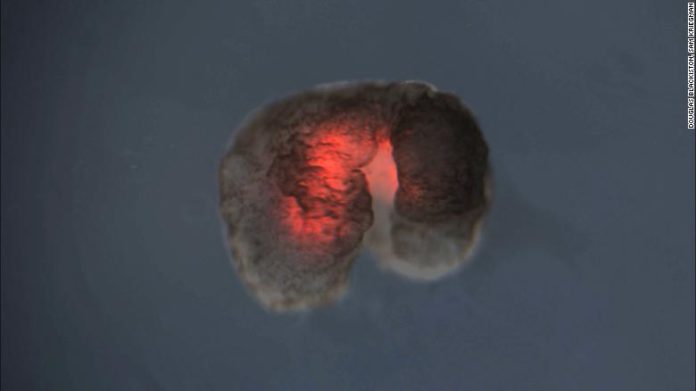 Genetic engineering is evolving with new inventions. Creation of artificial organisms, genetic editing etc are few leaps taken in recent years. While the inventions are of either first-time eurekas or mere developments over existing means, this new invention is both of them and is an innovative discovery that has typical uses to perform.

The creators called this microorganism as Xenobot, which is the first of its kind as it was created from scratch. Joshua Bongard, one who co-led this new research said, “These are novel living machines. They’re neither a traditional robot nor a known species of animal. It’s a new class of artefact: a living, programmable organism.”

Firstly, the creators used a supercomputer and an algorithm to find out new possible living forms by virtually configuring the frog’s heart and skin cells in numerous patterns. And if a viable form is found, then they move onto the next step as bringing it into life.

The second and the most hectic part, as the scientists here would take stem cells from the embryo of the African clawed frogs and cut them into tiny pieces and rearranging them as per the created computer designs. This process is seriously tough done suing microscopic forceps and electrodes in cutting the heart pieces and arranging them accordingly.

If you wonder why creators undergo such a tedious process to create these, think again. These Xenobots, which are sized about a sub-millimetre, has a locomotive and used for transporting particles! They are defined to be working in many streams as searching for nasty compounds, finding radioactive contamination, gathering microplastic from oceans, travelling in arteries to scrape out plaque are few activities they’d be for.

Further, they’re programmable! They can be configured according to our needs. These tiny robots are living, but lifeless as well. They’re provided with nutrients at their initial life cycle, which helps them life and works for the purpose of not more than a week in normal cases. And if dead by depletion of all nutrients, they turn into biodegradable dead clump cells, thus better than plastic bots.

The complete research of this was published in PNAS and the code for crafting these is freely available in GitHub.

NordVPN Review 2020, Is it Worth the Price or Not?