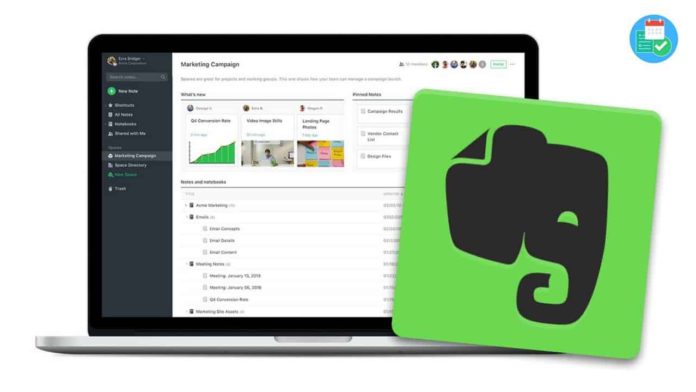 Evernote, a famous note-taking app has just handed over the data of one of its users to DEA upon complying to a warrant. While this raise doubts of data being un-secure, companies of such data preserving do not with a strong reason of such. Here’s the case;

Evernote is an independent company that serves people with its note-taking app. It’s helpful for scanning and savings docs, making a to-do list, noting important points and pretty much everything. It’s just like a file cabinet with numerous files within but in electronic form. It’s appreciated for its easy syncing of content across many devices.

The company is presented with a warrant obtained by DEA from a court of Illinois. The Drug Enforcement Agency (DEA) has previously alleged a person named Stephen Caamano to be dealing with drugs via the dark web. He’s found importing drugs from China and distributing them in here in the country with no permissions.

The drug packets he used to receive are of pills containing alprazolam, marked as “Xanax”. In the affidavit for warrant, DEA agent mentioned that there were many instances where Stephen is subjected to receive inbounds packages from China are witnessed. Many of them are destined to Caamano from December 2017 to early 2018.

They have even surveillant over his actives for a while to make sure he’s dealing with them. He was alleged with two cases of drug distribution and four cases of laundering the money that’s been raised by former’s distribution. While he was convicted in 2018, DEA filed an affidavit asking Evernote to collect and produce the data stores by Caamon in their platform.

Compelling to this warrant, Evernote gave a flash drive to DEA that consisted crucial day that’s been collected in the meantime. The flash drive has over 18 folders with multiple files in each. Few files named as Stephen’s Notebook, ex-pat plan, depression etc are mentioned in the warrant. All these are expected to have adequate information to convict the man.