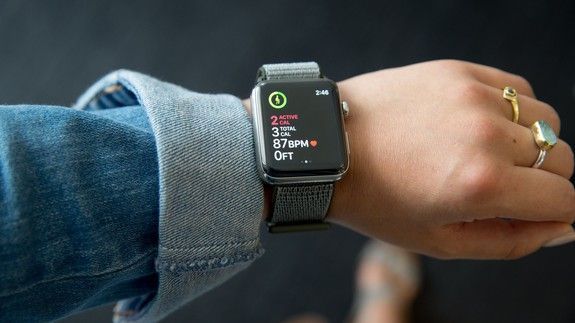 .Apple Watch has long been praised for saving lives with its several health trackers. And in the latest incident reported in Arizona, the Apple Watch of a man who had fainted and fallen was informed to the police emergency, by calling 911 and sending his coordinates. This was because the Apple Watch has a built-in Fall Detection feature, that recognises their owners hit and help.

Apple Watches are often appreciated for having life-saving features. In past, it’s been credited with informing the person in advance about his heart issues and aware him of getting help. While this was because of its ECG feature that reads the heartbeat constantly, it has got other feature that’s noted now.

The in-built fall detection feature in Apple Watch 4 and 5 has a peculiar function. It detects any thud falls of its owner and immediately flashes a menu asking him if he’s okay? Or to the Emergency SOS. And if the owner doesn’t respond in a minute, it automatically dials to emergency and sends his coordinates for tracking. Further, if the owner has updated his emergency contacts list, it would also inform his contacts by a text message and a map of his location.

An incident of such has happened on April 23rd this year, where, as per 9to5Mac, the Chandler’s Police Department in Arizona has received a 911 call from an Apple Watch, that indicated its owner had fallen and was not responding. The Watch also sent near-exact latitude and longitude coordinates of the man’s location to the police! This led the Patrol officers to be dispatched to man’s location for help.

The Police spokesperson said, “Technology is there to help, especially if there is an emergency this could save someone’s life and that’s what we are looking for — is to help when you can’t tell us what you need.”