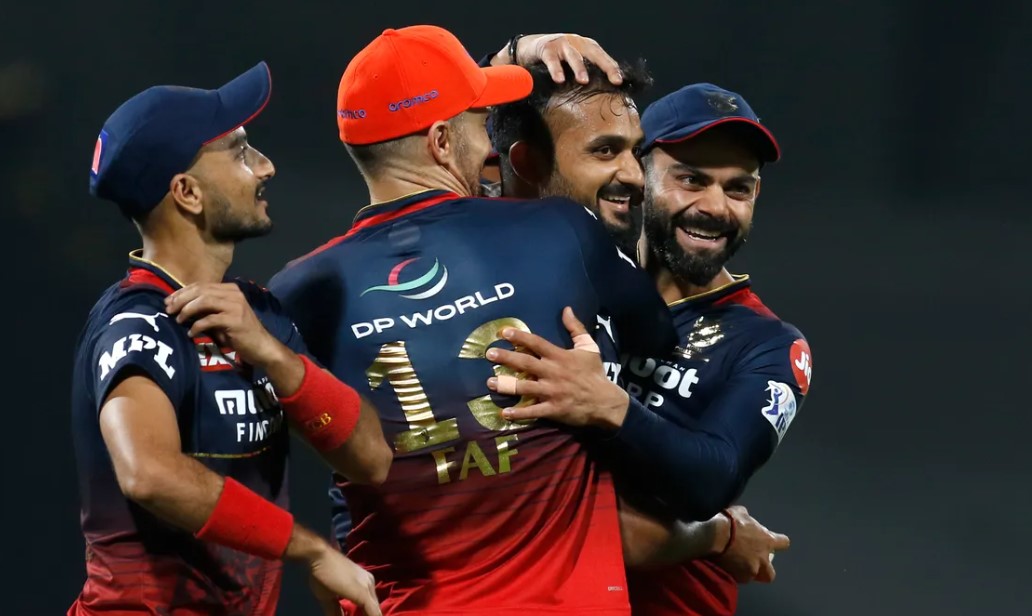 Royal Challengers Bangalore registered their first win of the season in a dramatic way! The team that makes big batting totals and poor bowling performances every time has today struggled to score runs and performed exceptionally well in bowling.

KKR, on the other hand, seemed to have lost the match very early, but with the likes of Sunil Narine and Umesh Yadav, it almost pulled it off! Unfortunately, they were made to taste their first loss in the tournament. Here’s how it went;

Losing the toss and being forced to bat, KKR had a tough start right from the beginning. RCB’s pacers David Willy and Harshal Patel have chocked the KKR’s top order, while Siraj and Akash Deep got punished. No one except Andre Russell has crossed the 20s, and the final stand between tailenders helped KKR to cross at least 100.

With some luck to Varun Chakravarthy and brilliant hitting by Umesh Yadav at the end, Kolkata was finally able to set a target of 129 for RCB. Bowlers Wanindu Hasaranga and Harshal Patel have been excellent in restraining KKR for the low total.

That's that from Match 6 of #TATAIPL.

A nail-biter and @RCBTweets win by 3 wickets.

And for the team that makes scores over 200 easily, a target of under 130 didn’t seem hard. But KKR’s bowlers started choking RCB from the very beginning, just like they had from them in the first innings. Openers and the top order has gone too soon, while Sherfane Rutherford and Shahbaz Ahmed navigated the innings slowly.

As they’re slowing nearing the target, Tim Southee and Chakravarthy off-tracked them to relive the winning hopes of KKR. Yet, Dinesh Karthik and Harshal Patel at the end pulled it off with some brilliant shots and handed over RCB their first win with 3 wickets in hand.