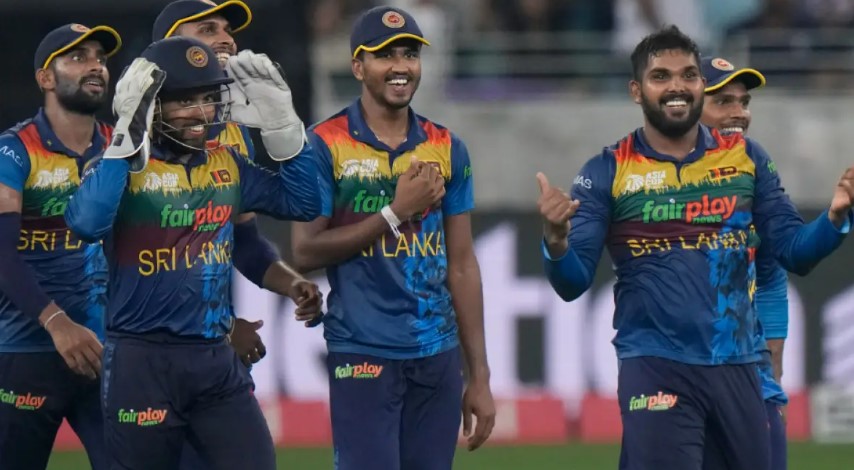 And it’s a wrap of Asia Cup 2022! The supposed hosts – Sri Lanka, have taken over Pakistan in both batting and bowling and secured their sixth Asia Cup title tonight. While Hasaranga spun his magic again on Pakistan, Bhanuka Rajapaksa and Madhushanka too did their best job on the big stage. Here’s how it went;

Winning the toss and opting to bowl first, Pakistan was successful in scalping the in-form batsman – Kusal Mendis for a duck in the very first over. Soon, the other opener, Pathum Nissanka, and the Gunathilaka too, were bowled out.

Though Pakistan was successful in controlling Sri Lanka to a slow run rate until 10 overs, they were thrashed after that! It was Bhanuka Rajapaksa who made two 50+ runs partnerships with both Hasaranga and Karunaratne, adding 100+ runs to the score in the last 10 overs.

Standing unbeaten at 71(45), Rajapaksa squeezed the most runs in his final overs against Pakistan, putting in a total of 170 runs in 20 overs. And with a huge target, Pakistan skipper Babar Azam failed once again to score big, going for a cheap score within the powerplay. What’s dirtier is of Fakhar Zaman’s, who gone out for a golden duck!

Though Rizwan and Iftikhar Ahmed built a good 3rd partnership of 71 runs, they used most of the middle overs (10) to score these. And with pressure mounting, Pakistan started offering wickets in almost every over since the 14th.

They lost their hitters Kushdil Shah, Asif Ali, and Mohammad Nawaz for cheap scores, while a couple of maximums from Haris Rauf and Mohammad Hasnain helped Pakistan to settle at 147 runs in their designated overs. Though Lanka’s Pramod Madhushan picked the crucial top order, it was Wanindu Hasaranga who pulled the plug on Pakistan’s chase by picking three main wickets in the last over!

While Bhanuka Rajapaksa was named as the player of the match, Pakistan’s Mohammad Rizwan stood as the most runs scorer of Asia Cup 2022 – with 281 runs in 7 matches, just 5 more than Virat Kohli, who stood second.