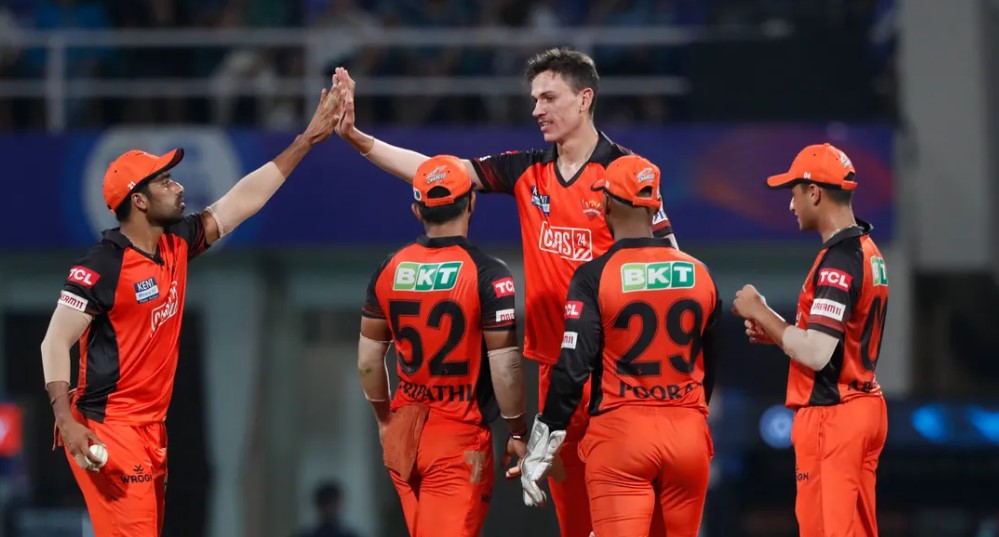 Winning the toss and opting to bowl, SRH made a big breakthrough by picking Shubman Gill early, who could otherwise be a nightmare considering his form this season. Soon, Mathew Wade, Sai Sudershan, and David Miller too followed him for low scores, while the skipper Hardik Pandya continued anchoring from one end.

Though he was slow, he along with Abhinav Manohar straightened the GT innings towards a respectable score of 162 in designated over. This includes 22 extras given by SRH, especially in the powerplay by pacers. Except for Marco Jansen and Washington Sundar, all other SRH bowlers have been expensive.

Yet, they picked the wickets right in time, while the fielding team made plenty of mistakes by dropped catches and overthrows. And with a target of 163 onboard, SRH made a good start in the second innings. Captain Kane Williamson and Abhishek Sharma have added 64 runs to the first wicket, and Sharma eventually got caught out in Rashid Khan’s spell.

Back-to-back 8-wicket wins for Sunrisers Hyderabad. They chase down Gujarat's 162 with 5 balls to spare.

Though the hitting was later continued by Rahul Tripathi, he, unfortunately, walked out being retired hurt. Yet, Nicholas Pooran and Aiden Markram completed the job with some quick shots punishing all the GT pacers. This marks the end of Gujarat’s winning streak this season, which won 3/3 matches till now.

With tonight’s result, Gujarat Titans fall to 5th place losing most of their net run rate, while Sunrisers Hyderabad pushed up to 8th spot with a heavy negative NRR.