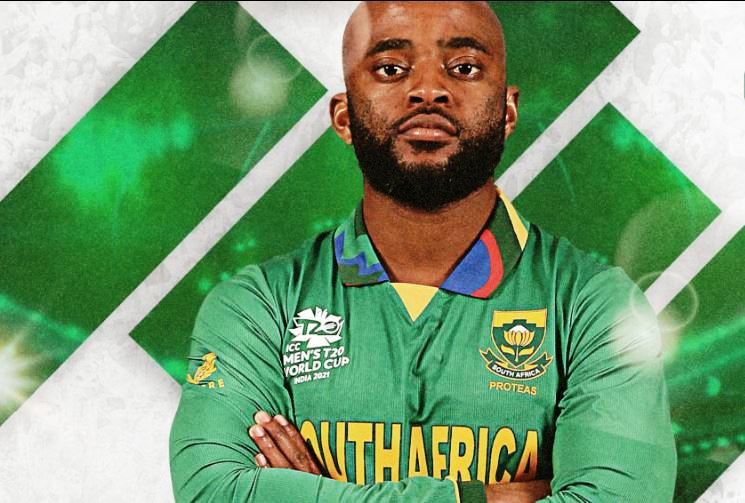 Highlights of the team include Temba Bavuma recovering from the injury and set to captain their squad in the T20 WC campaign. Also, Raisse van der Dussen missed out due to an injury, while Riley Rossouw picked in, and Tristan Stubbs made his world-up debut.

Having a roller coaster ride in the England test series, South Africa has just named their official squad for the T20 World Cup, scheduled mid-next month. The squad includes Temba Bavuma – who recovered from an injury – leading their side in the World Cup campaign.

Bavuma was completely out of the England tour due to an elbow injury, where he opted for a conservative treatment instead of surgery to be fit for the World Cup. And with the CSA board saying that he has made sufficient progress to be back on South Africa’s white-ball tour of India, of three T20Is and three ODIs, he’s also set in the T20 squad for the world cup now.

Well, Rassie van der Dussen, another main player in the SA’s top order, misses out on the world cup. He broke his left index finger while fielding during the second Test against England at Old Trafford but batted in the second innings anyway. Soon after the match, he returned home and hit treated, and is expected to be out for “up to six weeks”.

This led CSA to call up Riley Rossouw, who joins others below to form the official squad of South Africa in the upcoming T20 World Cup;