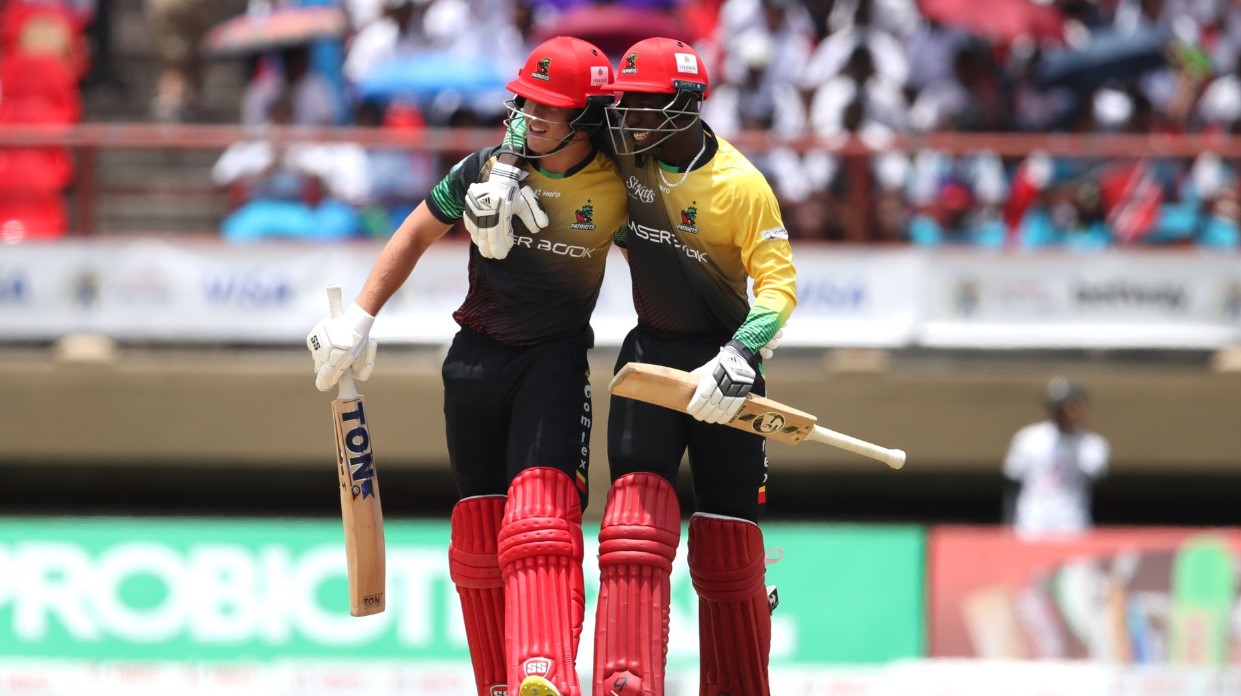 In their last match of the league, St. Kitts Nevis and Patriots secured a must-win match against the Trinbago Knight Riders – who fell just 7 runs short while chasing the target. SNP’s Rashid Khan, Sherfane Rutherford, and Dewald Brevis are the heroes tonight, who pulled the match from the toughest situations. Here’s how it went;

Winning the toss and opting to bat first, SNP made a poor start by losing one of their openers (Andre Fletcher) in the 4th over for a cheap score. Since then, they continued scoring slow throughout the middle overs until Sherfane Rutherford entered, who hit 78 runs in 50 balls and helped SNP put a respectable total on the board. A bunch of sixes from Dewald Brevis, too, in the end, helped SNP recover greatly.

78 off 50 balls!!! Congratulations to Sherfane Rutherford who receives a well-deserved @Dream11 MVP award for a stunning display with the bat. #CPL22 #TKRvSKNP #CricketPlayedLouder #Dream11 #BiggestPartyInSport pic.twitter.com/bv36wIUweu

To explain the depth of the situation – SNP managed to score only 94 runs in 17 overs! And with Rutherford and Brevis at the crease, they ran through the death bowling and added 69 runs in the last three overs! Except for Sunil Narine and Samit Patel, all other TKR bowlers have been banged, especially at the end.

And with a target of 164 runs, Trinbago Knight Riders, too, lost their opener very early. With the reliable batsman Colin Munro too walking soon after, TKR seemed to be in trouble. But, Tim Seifert and the skipper Kieron Pollard walked down the innings slowly, barring wickets from falling and slowly nearing the target.

But, SNP skipper DJ Bravo scalped both of them in time, giving hope of clawback to his team. And it did help them, as SNP bowlers managed to restrict the TKR batsmen – even with Nicholas Pooran and Andre Russell at the crease, to fall short of the target.

It was Rashid Khan, Kevin Sinclair, and Sheldon Cottrell who defended well at the end. Together, they handed a 7-run win against TKR in their last match. With this, SNP moved a bit up in the points table, settling at 4th position and keeping TKR right beneath them in the fifth place.

With this win, SNP keeps its chances of playoffs alive and relies heavily on the other teams for its next step. For TKR, it’s just another match to decide their position in the league.