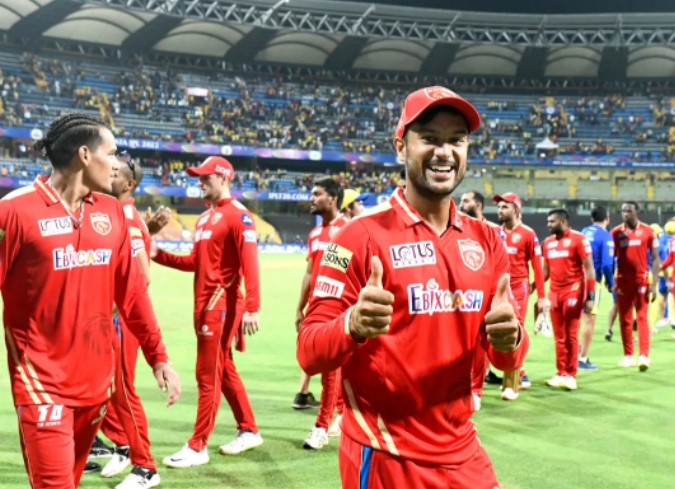 Punjab Kings recorded yet another win over Chennai Super Kings in IPL 2022, who now almost crushed the playoffs hopes of CSK.

With the likes of Shikhar Dhawan and Bhanuka Rajapaksa, PBKS got their fourth win, and remain afloat this season. Here’s how it went tonight;

Losing the toss and forced to bat first, PBKS made a fairly good start to their innings. After Mayank fell down at the end of the powerplay, Shikhar Dhawan and Bhanuka Rajapaksa added a huge 110-run stand to the second wicket, which become crucial to their innings. And then walked in Liam Livingstone has further accelerated the scoreboard with some quick boundaries.

That's that from Match 38.@PunjabKingsIPL win by 11 runs.

Although Bravo held them at last, it was too late for CSK as the PBKS has already had enough runs to give them a competitive chase. Totaled 187/4 in 20 overs, PBKS’ Shikhar Dhawan stood at the crease till the end with an unbeaten 88* (59).

Except for Mitchell Santner, the rest of the CSK bowlers have been thrashed in one over or the other by PBKS. And in chasing, CSK started losing the match from the very beginning. Their few in-form batsmen Shivam Dube and Robin Uthappa were out early, while Mitchell Santner and Ruturaj Gaikwad didn’t play the desired innings.

Yet, Ambati Rayudu and CSK skipper Ravindra Jadeja tried to pull the win with a quick 60-run partnership, but it was too late by then. PBKS death bowling aided by Arshdeep and Kagiso Rabada has been exceptional in restricting CSK batsmen and winded up their innings at 176/6 in 20 overs.

This win sent PBKS to 6th place, while CSK is on the verge of elimination in the league stage! PBKS opener Shikhar Dhawan was named the player of the match for his unbeaten 88*.