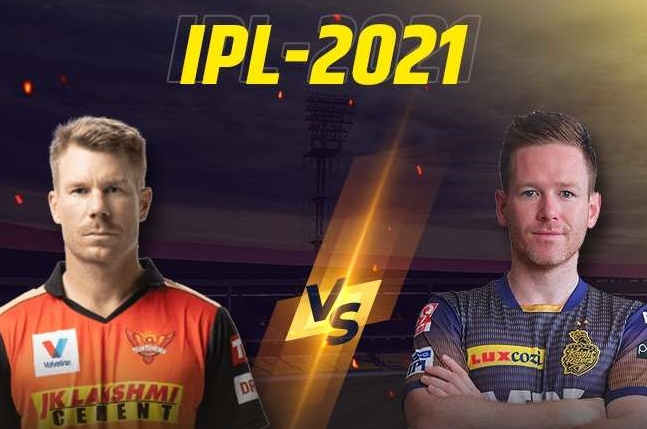 Kolkata Knight Riders opened their account with a win against Sunrisers Hyderabad in VIVO IPL 2021. The former has posted a grand 188 target for the latter and restricted them for 177. Blistering innings from KKR’s Nitish Rana and Rahul Tripathi helped Kolkata register their first win in the tournament.

SRH’s skipper David Warner chose fielding after winning the toss and seen a rough start they didn’t want. They haven’t got a wicket until the sixth over and been leaking runs in all ways possible.

While SRH’s successful spinner, Rashid Khan gave them a breakthrough by dismissing Subhuman Gill when needed, it didn’t stop the pace of KKR at all. In fact, Nitish Rana and Rahul Tripathi raced the scoreboard with a 93-run partnership. In the end, Dinesh Karthik’s quick scoops let KKR post a total of 188 onboard.

Nitish Rana set the stage on fire with the bat and won the Man of the Match award for his superb show in Match 3 of the #VIVOIPL. 👏👏#SRHvKKR pic.twitter.com/GV2EY3R2u6

With the hopes of chasing down the mammoth target anyway, David Warner and Manish Pandey walked in and soon hit the roadblock. Warner was dismissed by Prasidh Krishna in the second over and the next batsman Saha too walked before the power play. While Manish Pandey is looking for a reliable partner, Johnny Bairstow walked in with full hope and both added a 92-run partnership.

While fans thought this combination would eventually bring SRH their first win, Bairstow was taken by Pat Cummins and hedged KKR’s losing path. Later, Nabi, Vijay Shankar, and Abdul Samad made quick-firing appearances that ultimately didn’t help SRH get over the boat.

Manish Pandey, who opened the innings remained not out till the end with a not-so-good strike rate, and Harbhajan Singh making his appearance after 699 days are notable things in today’s match.