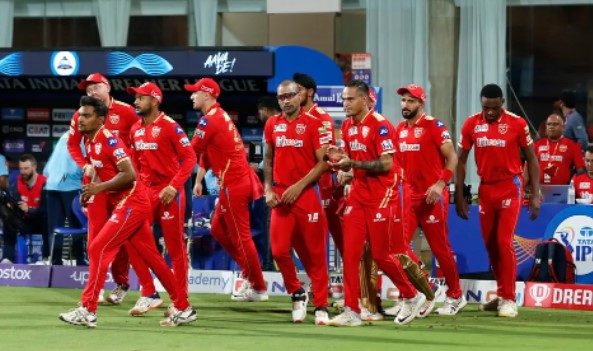 In a predictive and safe manner, PBKS beat GT by 8 wickets to clinch their 5th win of IPL 2022. Also, winning with 24 balls to spare has helped PBKS to shoot up in the table to the 5th spot, above RCB and KKR! This win keeps the playoff hopes for PBKS alive. Here’s how it went;

Winning the toss and opting to bat, Gujarat Titans didn’t get the start it wanted. Their opener Shubham Gill was run out in the powerplay, while Wriddhiman Saha and youngster Sai Sudershan struggled to add up runs.

Skipper Hardik Pandya and the ever-reliable middle order of GT – compromised of David Miller, Rahul Tewatia and Rashid Khan failed too. Except for Sudarshan, who made 65*(50), every other player failed to score big against Punjab’s bowling.

✅ Maiden IPL fifty
✅ Top-scorer for his side

A good outing for the young Gujarat Titans batter 👏

While Sandeep Sharma has been the most economical (4-0-17-0), Kagiso Rabada has taken the most wickets (4-0-33-0) and a catch. Restricting them to a low score of 143, PBKS too failed to make a good start. Opener Johnny Bairstow walked early, but only for good!

Shikhar Dhawan and Bhanuka Rajapaksa added 87 runs to the second wicket, while Liam Livingstone completed the rest job in a style. Though Gujarat Titans tried to hold PBKS until last, Livingstone winded up early, by scoring 28 runs off the 16th over, bowled by Shami.

That's that from Match 48.@PunjabKingsIPL win by 8 wickets with four overs to spare.

With a win by 8 wickets, PBKS shot up to the 5th spot on the points table, thumping RCB and KKR. Although, GT is still at the top with 16 points from 10 matches played.

Notable events of tonight’s match include Mayank Agarwal making a way for Bairstow and Shikhar Dhawan to open PBKS batting innings, and Liam Livingstone’s monstrous six – 117 meters – against Shami towards the deep square leg. It is by far the biggest six of this tournament.