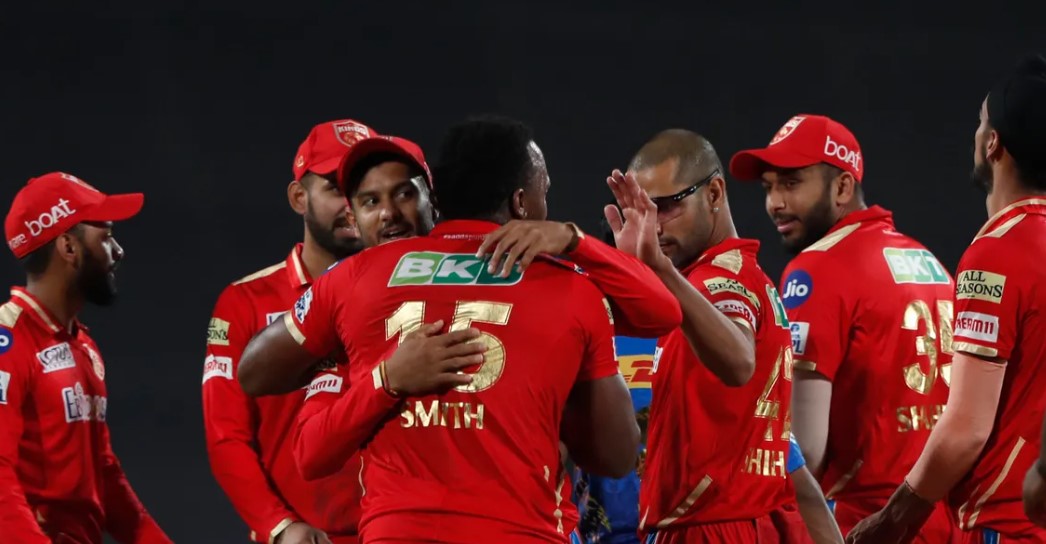 Mumbai’s vows of losing in this tournament continue, as they had lost yet another match tonight against Punjab Kings. This made Mumbai sit strong in the last position of the points table, while Punjab Kings advanced to 3rd place. Here’s how it happened;

Losing Five Matches in a Row

Winning the toss and opting to bowl, Mumbai Indians didn’t get the start they wanted. PBKS openers Mayank Agarwal and Shikhar Dhawan bulldozed MI bowlers by squeezing around 10 runs per over, making a huge 97-run partnership to the first wicket.

As Murugan Ashwin broke their bonding, the pace was continued by Dhawan, Sharukh Khan, and Jiteesh Sharma, who dragged the scoreboard to 198 runs in designated overs. Except for Bumrah, all other MI bowlers have been expansive to the team.

And with a huge target of 199, Mumbai, unfortunately, lost both their openers in the powerplay itself! But, then walked in youngsters – Dewald Brevis and Tilak Varma have smashed PBKS bowlers right and left, making a stellar 84 partnership in just 41 balls.

Even after picking them up at the proper time, PBKS continued to worry because of in-form batsman Suryakumar Yadav, who has been so consistent this season. And he proved himself with all that belief, fearing PBKS bowlers to the end. But, some smart blowing tactics by Punjab at the end rolled up SKY, and others tailenders at 186.

This marks the fifth loss for Mumbai Indians this season, who are yet to open their winning account. Punjab on the other hand moved up to 3rd place in the points table, bettering its chances of playoffs. Mayank Agarwal, the PBKS skipper who made 52(32), a runout, and caught two brilliant catches, is awarded the man of the match title.