Royal Challengers Bengaluru is on a winning spree. The Kohli and Co. have won their fourth match today against Rajasthan Royals and strengthened their position at the top of the table. RCB’s southpaw opener Devdutt Padikkal and skipper Virat Kohli made a record partnership to hand over a 10-wicket win over Rajasthan Royals.

RCB Gets Their Fourth Win in a Row 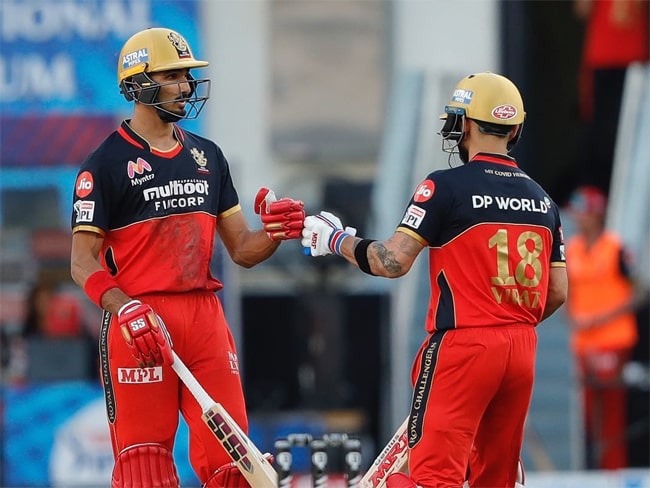 RCB is maintaining a never seen before form in this year’s IPL tournament, as the Bengaluru team has won their fourth match in a row. With this win, RCB cemented its No.1 position in the points table and pushed Rajasthan Royals to deep down at No.8.

Winning the toss and electing to bowl, RCB seamers Mohammad Siraj and Kyle Jamieson gave an aspiring start by picking openers for low scores. Soon, the most reliable RR captain Sanju Samson and David Miller walked to dugouts without any big performances. When fans worried about another below-100 score, RR’s middle order took responsibility and went onto make a fairly defendable score.

Shivam Dube 46(32), Riyan Parag 25(16), and Rahul Tewatia 40(23) performed extremely well, which resulted in Rajasthan making 177 runs in their designated overs. With a chase-able target, Royal Challengers Bengaluru had the best start of this season and won without losing a single wicket.

Openers Virat Kohli 72(47) and Devdutt Padikkal 101(52) went onto chase the 178-run target with ease, as they gave no chances to get out till the end. Devdutt Padikkal making his debut 100 made him the third-youngest player to hit an IPL century after Manish Pandey and Rishabh Pant.