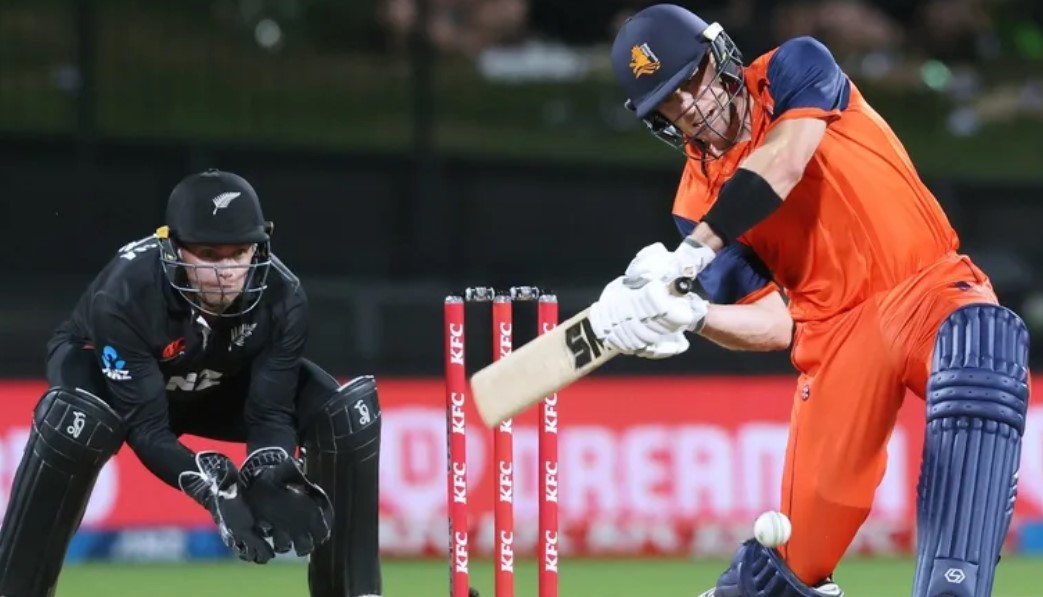 With the likes of Guptill, Sears, and Tickner, New Zealand won the first T20 match against the Netherlands today at The Hague. They won with a difference of 16 runs and wasted Bas de Leede’s hard work in both bowling and batting Netherlands. Here’s how it went;

Shining Bowlers on Both Sides

Losing the toss and forced to bowl first, Netherlands struck early by taking Fin Allen. They then continued hitting the middle order and restricted New Zealand strongly in middle overs. Except for opener Martin Guptill, Jimmy Neesham, and Ish Sodhi at the end, all NZ batsmen have failed.

The Netherlands tried seven different bowlers to tackle New Zealand, where only Bas de Leede and Shariz Ahmed went the least economical. And with a target of 149 runs, none but Bas de Leede knocked well. Though he managed to score 66 runs, no other Netherlands batsmen helped him to breach the target, eventually falling short of 16 runs and losing the match.

While all the New Zealand bowlers did well, Blair Tickner and Ben Sears shared 7 wickets among them – causing them to be actual match winners for NZ.

With this win, New Zealand leads the two-off T20 series with 1-0 and hopes to clean sweep Netherlands. The next T20 is scheduled on August 5th, at the same venue – Sportpark, Westvliet, The Hague.