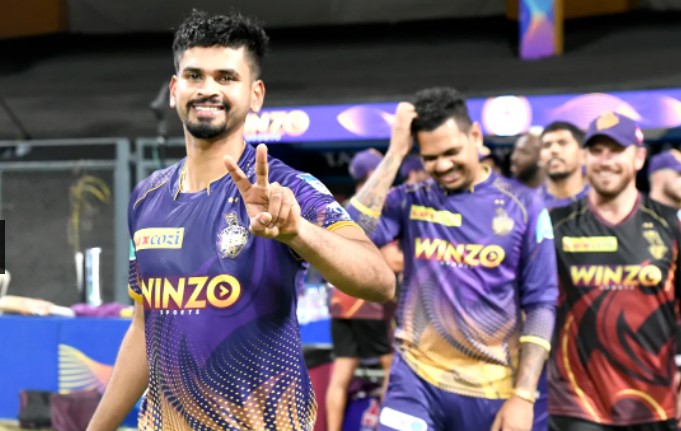 With tactical bowling and careful batting, KKR managed to chase down a mediocre target of 152 runs against Rajasthan Royals. Here’s how it went;

Winning the toss and opting to bowl first, KKR made a good start by sending Devdutt Padikkal back to the dugout early. With the initial spells from Umesh Yadav and Anukul Roy being good, RR’s powerful hitters – Jos Buttler and Sanju Samson were made to move slow.

And with Narine’s tight spin, RR struggled to go beyond a run rate of 8 in any over. Although the skipper Sanju Samson made a half-century, it’s Riyan Parag and Shimron Hetmyer at the end who blasted to add some quick runs to the board, and gave KKR a fair target to chase.

Starting off, KKR lost their foreign opener, Aaron Finch, early, asking the skipper Shreyas Iyer to step in early once again. He along with Nitish Rana has joined a 60-run partnership to 3rd wicket, even though ran slowly. After his departure, Rana completed the job with Rinku Singh, who’s been so good tonight.

With this win, KKR moved a spot up in the points table, settling at No.7 and keeping their playoffs hopes alive. RR on the other hand stayed at No.3, with a slightly fallen NRR. And for his supportive batting of 42(23), Rinku Singh was named the player of the match.