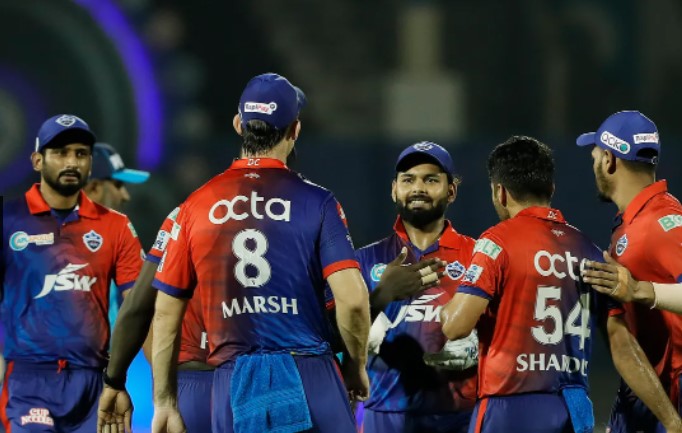 Brabourne Stadium, Mumbai has once again proven to be the best place for high scoring matches, as tonight’s DC vs SRH combined total accounted for nearly 400 runs. DC once again thrives in defending their huge target and clinching their 5th win in IPL 2022. Here’s how it went;

Winning the toss and opting to bowl first, SRH struck early with the wicket of Mandeep Singh. The very first over he was sent back was also a maiden for Bhuvneshwar Kumar. But that’s when the actual drama started. Mitchell Marsh, Rishabh Pant, and Rovman Powell all partnered with David Warner to make the scoreboard run.

In designated overs, DC posted a mammoth total of 207/3, with Rovman Powell (67*) and David Warner (92*) remaining unbeaten at the crease. They both have added 122 runs in 11 overs, by punishing every SRH bowler. Except for Bhuvneshwar Kumar, the rest of the SRH bowlers were thrashed to economy rates of over 9 runs per over.

With a massive target of 208 runs, SRH started trembling from the beginning. Kane Williamson has once again failed to perform, while Abhishek Sharma, too, was caught early. But, the middle order to has shined once again, with the likes of Rahul Tripathi, Aiden Markram, and Nicholas Pooran, who together added the majority of runs to SRH innings, and lessened the losing margin.

With a slow start from SRH openers took the score to 50 runs in 9 overs, their middle order has managed to squeeze 12+ runs since then and gave hope of a successful chase. But, clever bowling from Mitchell Marsh, Shardul Thakur, and Khaleel Ahmed had them surrendered. Markram and Pooran, as usual, shone their best to maintain the CRR close to RRR.

Yet, they winded up at 186/8 in 20 overs, with Nicholas Pooran (62) being their best batsmen once again. With this win, DC shot up to 5th place in the points table, while SRH slipped down to sit just beneath DC.

Umran Malik broke the record of the fastest ball bowled in IPL 2022, which was previously set by him 💥

Few notable things include the West Indies batsmen of either team (Rovman Powell and Nicholas Pooran) hitting a bunch of sixes at 100+ meters range, and Umran Malik bowling at a speed of 157kph – the second-fastest in IPL history, and the fastest delivery this season.