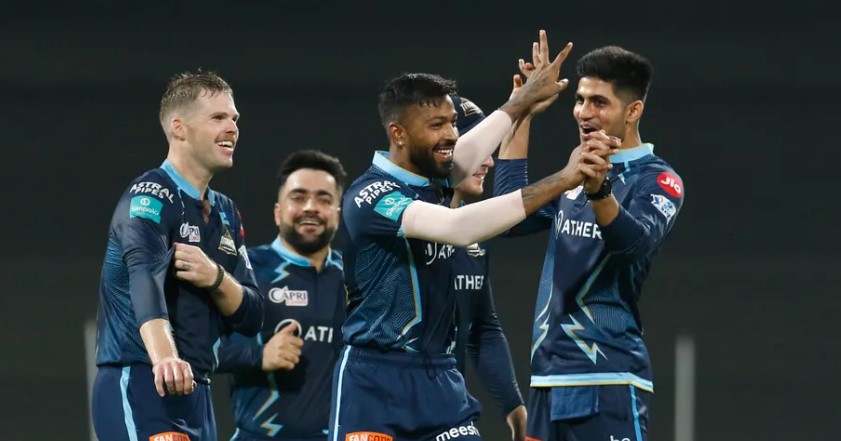 Tonight’s battle between the top two teams of IPL 2022 – Gujarat Titans and Lucknow Super Giants is a low score drama, where GT beat LSG by 62 runs! None would have thought that LSG’s thumping batting lineup would fall short of a sub-150 run target, but GT bowlers made it possible anyway! Here’s how it went;

Winning the toss and opted to bat first, GT’s both wicket keeper batsmen failed this time. Though Saha and Wade walked back with low scores, Shubman Gill stood up until the end with 63 runs from 49 balls. Though struggling to LSG bowlers throughout, David Miller and Rahul Tewatia somehow dragged the scoreboard till 144 runs in their 20 overs.

Mohsin Khan, Avesh Khan and Krunal Pandya has been economical, while Jason Holder and Dushmantha Chameera were beaten up at the death overs. And with a beatable target of 145 runs, LSG didn’t get the start it wanted. It’s ever reliable skipper KL Rahul failed early, and the entire team followed him!

Except for Deepak Hooda, none from LSG has made 20+ runs. And to exceptional bowling from GT, team LSG was all out for just 82 runs in 13.5 runs. This is the second least total this season, after RCB’s 68 runs against SRH.

With this win, GT poached its No.1 spot on points table, and also become the first team to qualify for the playoffs this season. Though LSG is in second place, it’s still one of the potential teams to qualify next. Though slow, Shubman Gill’s knock in the first innings earned him player of the match award.