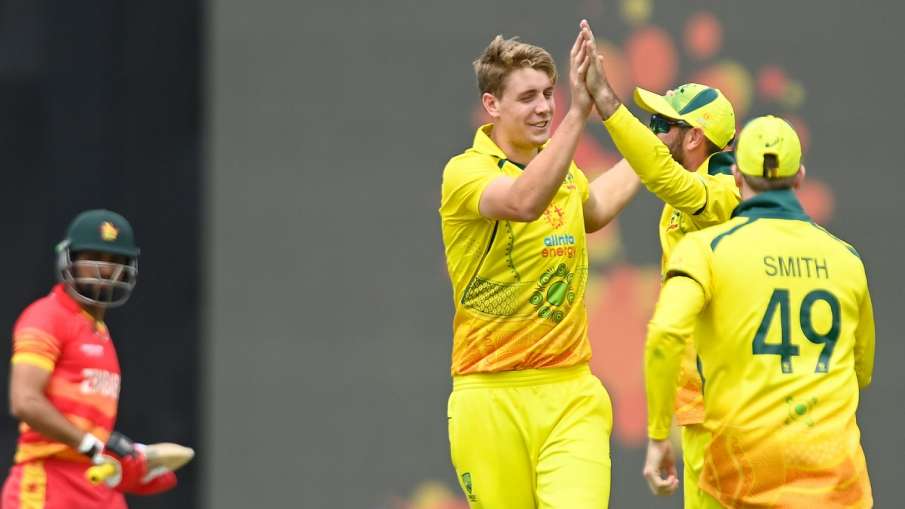 The first ODI between Zimbabwe vs Australia has the host Australians take away with a 5-wicket win. They’re successful in both restricting Zimbabwe to a fairly low score and chasing that down without much time. Here’s how it went;

Australia Won by 5 Wickets Against Zimbabwe

Losing the toss and forced to bat first, Zimbabwe made a fair start of 87 runs in 20 overs without just one wicket down. But then, Cameroon Green and Adam Zampa took over the entire batting order of Zimbabwe, taking 8 wickets between them. This includes Green’s 5/33 and Zampa’s 3/57. While Mitchell Marsha and Starc took each other wickets.

Zimbabwe batsmen Wesley Madhevere, skipper Chakabva, and T Marumani made respectable scores, taking the team’s total to at least 200 runs before going all out in the 48th over. Restricting Zimbabwe to 200 runs, Australians started off the bat very well – with Aaron Finch and David Warner adding 43 runs to the first wicket and another 65 runs to the second wicket by Steve Smith and Warner.

Though Zimbabwe managed to get a couple of wickets, they eventually failed in restricting or either slowing down the rage of Australians at any time. With some brilliant shots at the end, Glenn Maxwell completed the chase in 34th over.

While Zimbabwe’s Ryan Burl picked up three wickets, Ngarava and Sikandar Raza took two more. With this win, Australia leads the 3-match ODI series against Zimbabwe by 1-0. And for his 5-wicket haul, Cameroon Green was named the player of the match.