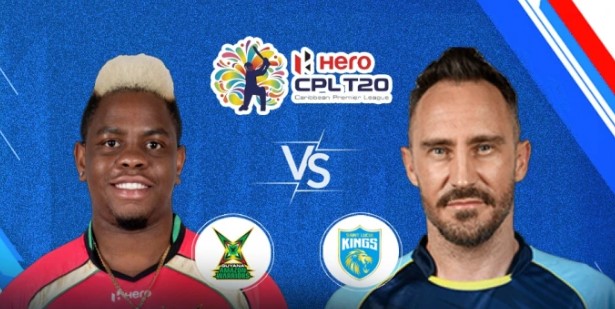 With two wins in seven matches played, Guyana Warriors aren’t in that bad position when compared to others in the table. With three matches to spare, they still have a chance to grab a spot in the playoffs. And today’s match against SLK is a must-win for them in such a case.

St Lucia Kings, on the other hand, had won their last match by a 1-run thriller! Hoping to not have such heart-thumping situations again, they may upscale in terms of both batting and bowling. Aside from the skipper Faf du Plessis, they may once again rely on the help from Roston Chase and Johnson Charles.

With that being said, here’s who could be playing tonight;

Setting Faf du Plessis or Shai Hope as captain and Johnson Charles or Odean Smith as VC is recommended. You may also try Shimron Hetmyer or Roston Chase.