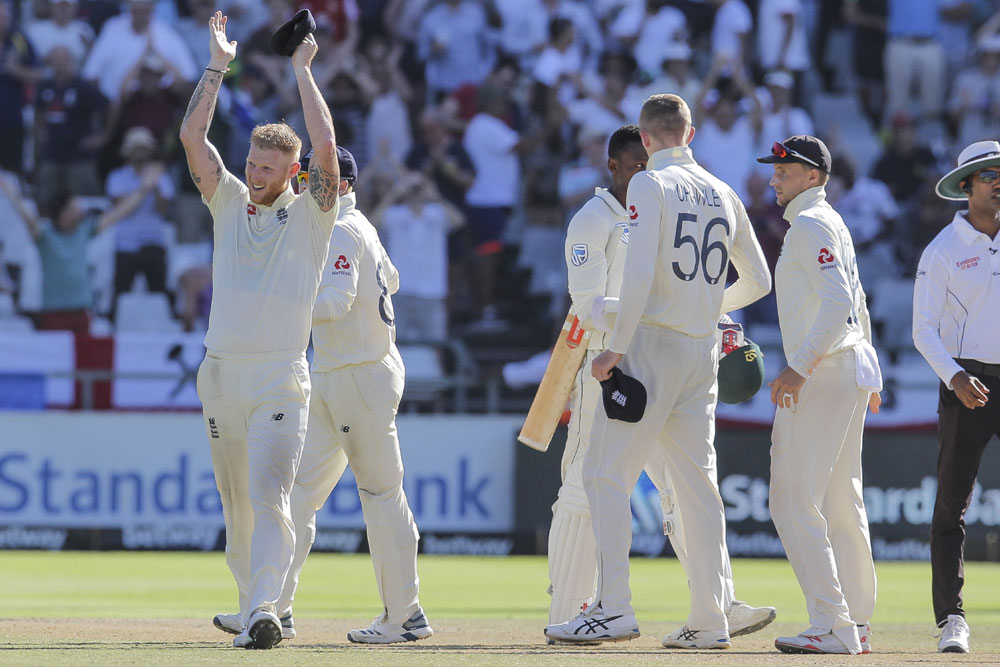 After losing their first test match against South Africa by an innings and 12 runs, England managed to beat them in the same way – in their second match against Emirates Old Trafford, Manchester. The English skipper Ben Stokes has shone both with bat and ball, thus being qualified for the man of the match. Here’s how it went;

Losing Badly by an Innings and 85 Runs

Winning the toss and opting to bat first, South Africans made a bad start by losing their first three batsmen with 50 runs. The meager form batting form continued until Kagiso Rabada broke the path and went on to beat 36 runs – their team’s highest individual score and the only person to go past 30 runs.

As none of their teammates supported them, South Africans shut this first inning for just over 150 runs in 53.2 overs. England bowlers James Anderson and Stuart Broad picked up 3 each wicket, while Ben Stokes scalped two.

Trailed by 151 runs, England, too, opened their innings slowly – with one of the openers – Alex Less, walking out in the second over. Yet, Olli Pope and Zak Crawley tried to build up the innings, carried later by Johnny Bairstow brilliantly. While neither of them failed to make a half-century, it was Ben Stokes and Ben Foakes – who together played more than 50 overs and added 150+ runs to the 6th wicket partnership.

Eventually, both made their respective centuries, with Foakes standing unbeaten (113*) till the end. With some fair additions from Broad, Leach, and Anderson at the end, England reversed the whole situation to put up a lead of 264 runs in their first innings.

And with such a huge trail, South African batsmen failed yet again to open properly. Though Keegan Petersen and van der Dussen stood up well in the middle orders, it was Ben Stokes again who cracked their partnership and continued the flow of wickets for others. This lead was carried by James Anderson and Ollie Robinson, who took over 7 wickets combined in the second innings.

Since none managed to go big, South Africa winded up 85 runs short of their second innings trail, eventually losing the match by an innings and 85 runs! This win for England levels the count 1-1 in the test series against South Africa, who was badly beaten in their first match. An interesting tidbit to note with this match is – James Anderson has completed 100 test wickets against South Africa.