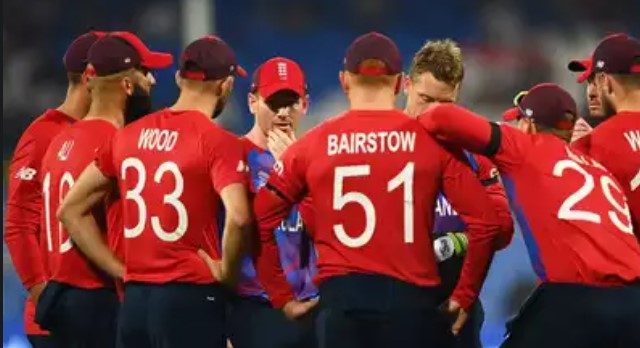 A big shock is the dropping off of Jason Roy and Matt Parkinson, who was expected to be in the squad even after some poor performances. Well, Roy was dumped after showing some really underwhelming stuff – scoring just 78 runs in his last six T20s with England.

While Parkinson’s was seen as a surplus, it thus dropped. And with the pitches in Australia favoring more for pacers, it’s reasonable to drop Parkinson – to replace him with a pace bowler. With that stance, here’s the 15-member squad of England for the upcoming T20 World Cup;

While Jos Buttler is named as the captain, he’s in the process of recovering from a calf injury. Yet, he’s hoped to be fine by the time the tournament kicks in.

Some, or all of them, will make a debut in any of the seven T20s against Pakistan, scheduled in Karachi and Lahore.

Jos Buttler is also in the squad too, but with his calf injury in healing, Moeen Ali will lead the side. This is the first time England is traveling to Pakistan for a series since 2005. Many have made schedules before and canceled immediately or days before the matches, citing security reasons.