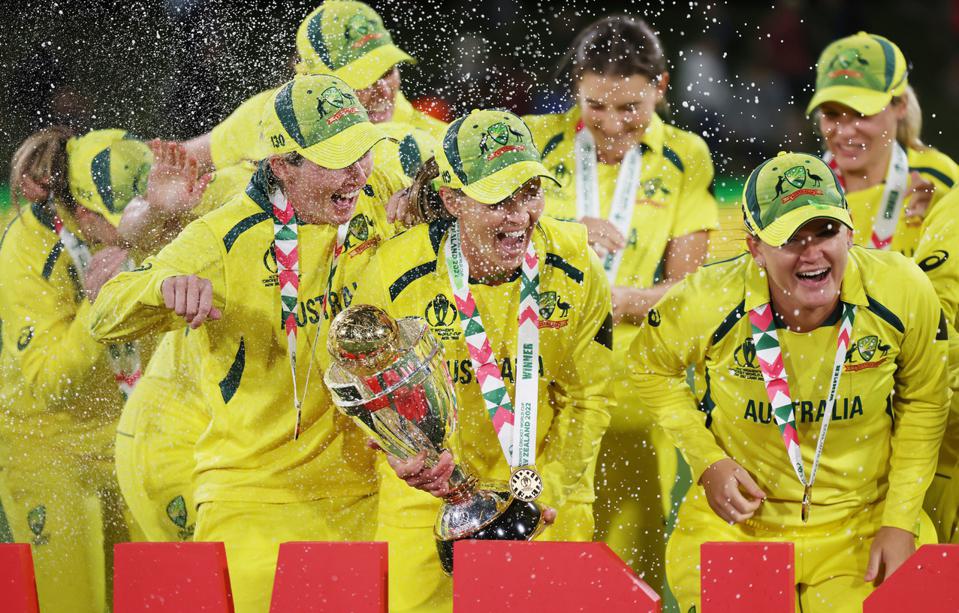 With brilliant batting by the Australian skipper and the tactical bowling from their spinners, Australian Women beat India by 9 runs to win the first-ever gold medal in cricket at the Commonwealth Games. Here’s how it went;

Winning the toss and opting to bat first, Australia lost Healy early. But, Beth Mooney and Meg Lanning added 70+ runs to the second wicket partnership. Though Deepti Sharma and Sneh Rana broke their partnership and the middle order, Ashleigh Gardner and Rachel Haynes added some important runs at the end.

Though Australian Women lost 5 wickets in the last five overs, they managed to go par 160 runs in the designated overs. They punished all Indian bowlers except Renuka Singh and Radha Yadav.

And with a target of 162 runs, India lost their star openers – Smriti Mandhana and Shafali Verma, in quick succession. Yet, the skipper Harmanpreet Kaur and Jemimah Rodrigues build up the innings in style. After adding a whopping 96 runs to the third wicket, Jemimah walked out in the 15th over.

Moons and Grace in the middle, Aussies 4-133 with four overs remaining #AUSvIND #B2022 pic.twitter.com/VnoLgrYBfz

And that’s when India started to collapse once again. Though they were in a comfortable position to chase, some wrong shots and unnecessary run-outs from Sneh Rana and Deepti Sharma pulled them down.

Also, a couple of brilliant run-outs by Australian women too have helped them in limiting the Indian women. With the likes of Ashleigh Gardner and Jess Jonassen, Australians had successfully restricted India to 152 runs in 19.3 overs – and won their first ever gold medal in the sport of cricket in Commonwealth Games 2022.

With this win, Australian women mark themselves as the first cricket team to win a T20I world cup, a 50-over world cup, and a commonwealth games gold medal. India, on the other hand, settles with silver medals, while New Zealand women stand as bronze medal winners.