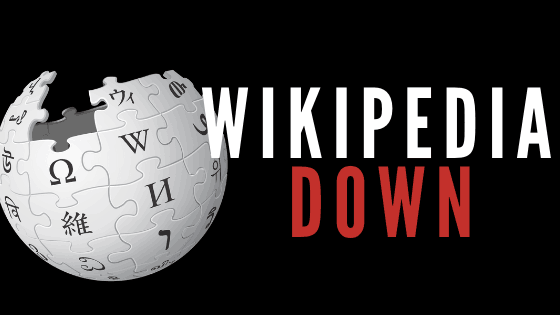 This outage mainly affects Europe and Middle East region. The down first detected by the Down Detector website.

Too many users also commented on the down detector forum regarding the issue.

Wikipedia is the world’s encyclopedia useful for too many people.

The online Encyclopedia is used by too many users around the world for information.

This outage may not last long but may affect too many users’ daily working.

According to the latest reports from Europe, the website is online again. Running good and fast.

This may be new update to their system software or maybe other error. This is not clear why Wikipedia was down before.

This outage comes after 2 years, before that Wikipedia outage in September 2017.

This outage of big companies likes, Google, Facebook, and Wikipedia affect too many. Because some of the professional’s works depend upon these online platforms.

After up for Some duration, Wikipedia goes down. Its working in Asian region, but not working in European and some North America region