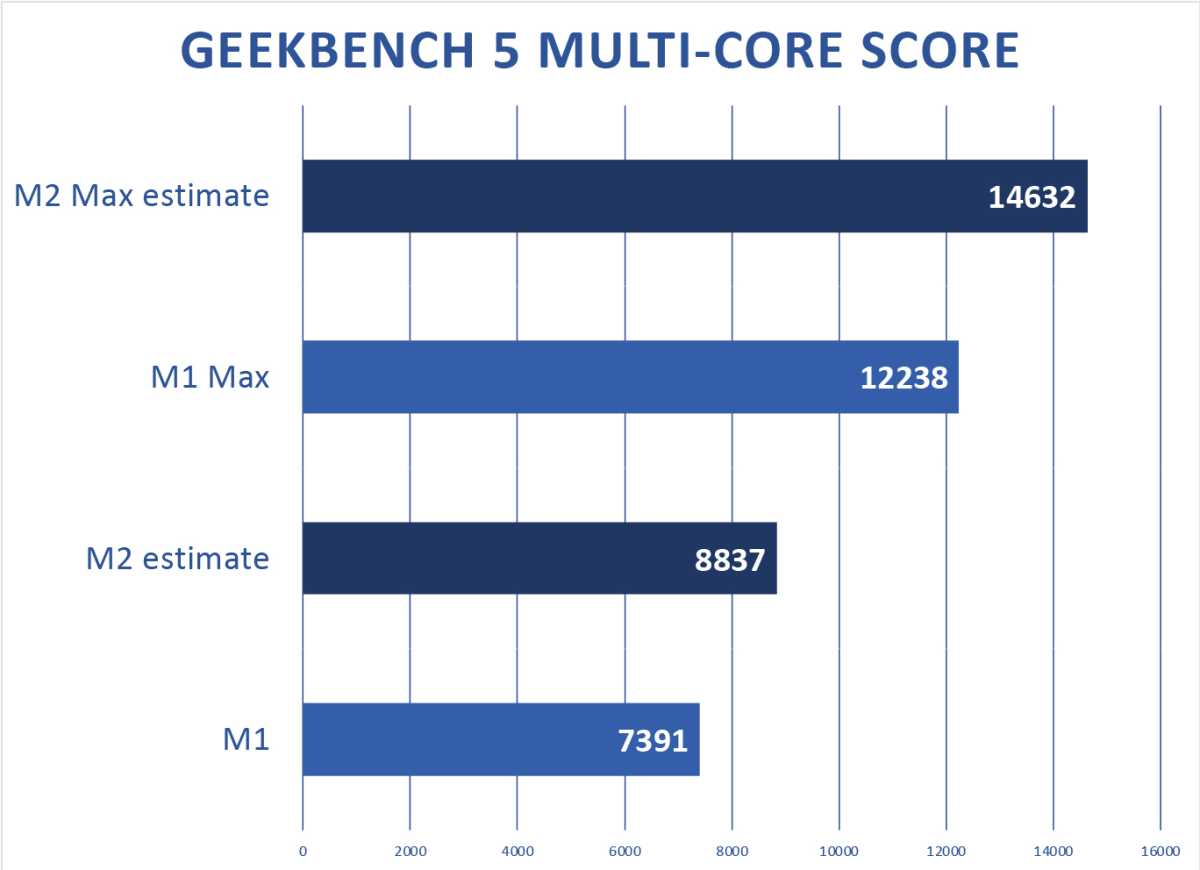 At the Worldwide Developers Conference (WWDC), Apple presented some performance claims for the M2 chip, stating that it offers some significant improvements in comparison to the prior-generation M1 chip, including an 18 percent faster CPU, a 35 percent more powerful GPU, and a 40 percent faster Neural Engine. The results of the benchmarks that have been published today on Geekbench demonstrate that Apple’s statements are generally correct.

A little bit better than my estimates. I'm impressed!https://t.co/TGHOHw77Ds
Thanks to @amoss_137 for sharing. pic.twitter.com/NS9xODnOdX

BenchLeaks was the one who was able to find the CPU benchmarks that were uploaded to Primate Labs’ Geekbench 5 database after they were submitted by someone using an Apple M2-based system. The results of the integer and float benchmarks can help us draw a few preliminary assumptions about what we can anticipate from the new Apple chips. Although the results of the Geekbench 5 benchmarks do not reflect real-world performance across a variety of applications, these results are still helpful.

The M2 chip achieved a score of 30627 on the Metal benchmark, which represents a significant increase in comparison to the M1 chip’s score of 21001. The M2 processor can support up to a 10-core graphics processing unit (GPU), in contrast to the M1 chip, which could only support a maximum of 8 cores.