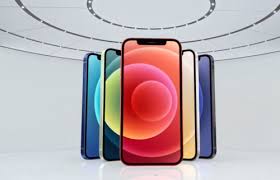 Today, Apple has announced its next-generation iPhones. Despite the number change, the two phones look pretty similar to last year’s iPhone XS and iPhone XS Max but with one major change: a third rear camera.

The new iPhone models will feature Apple’s A14 Bionic chip which Apple says has both the fastest CPU and GPU ever in a smartphone. This chip was also previously introduced in the iPad Air in the October event.

The new iphone screen made up of ceramic shield make it 4 times better drop performance than previous models.

iPhone 12 contain the toughest glass of all the iphones ever.