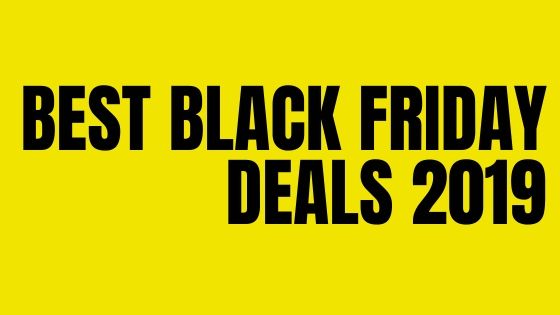 Thinking of buying something for this holiday? Well, you may be embracing yourselves for the upcoming Black Friday sales, but have you really had a logical thought of buying anything at any time? If you did, you wouldn’t be waiting for the actual Black Friday or Cyber Monday to rush into the crowd and get stamped by others.

Retailers offer steep discounts on old items to dust them off the shelves before replacing with new ones, and the existing ones are, of course, will be discounted on Friday’s sale. Thus, making you an absolute beneficiary. Only if you jump early though.

Don’t blind yourself saying Black Friday is the only day. Some retailers, to avoid competition, shall be their sales a little earlier than Friday and Monday sales.

Here, we listed a few gadget deals that are currently active in some stores. The discounts range between 40-60% on almost all the items with some going down to 80% as well. Keep following us to know more.

Sales begin at 6PM on Thanksgiving day itself. Better get into lines early.

While the offline sales begin at 5 PM on Thanksgiving day, online sales commence from November 25th onwards. There’s a free Shipping if you make a cart value of $25 or more. Kohl’s further giving $15 Kohl’s cash redeemable at the store.

All these deals have at least 15% of Kohl’s cash in them coming, making them much cheaper.

And at last, the big online brother to has some great discounts on products.

The SimpliSafe home security kit is for $280.

We suggest you bookmark this page and keep refreshing periodically, as we update the latest deals