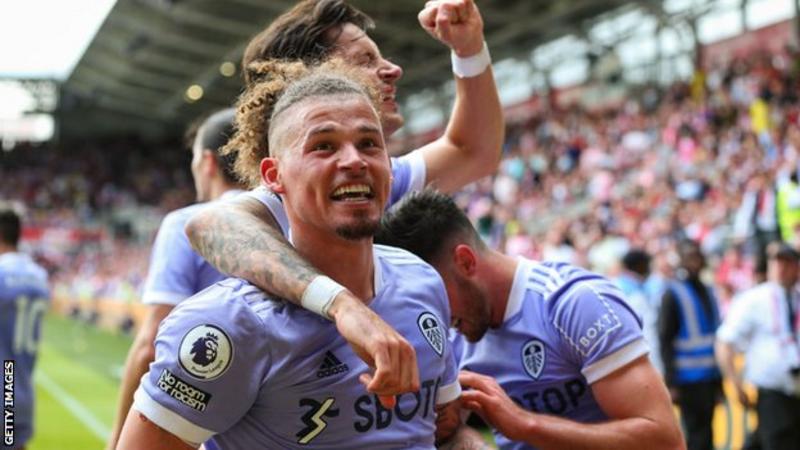 At the beginning of the previous season, Marcelo Bielsa, who was the manager of Leeds at the time, was questioned about the possibility of Kalvin Phillips leaving his hometown club.

The emotional moment has arrived for the midfielder in the form of a £45 million transfer to Manchester City, who are the defending champions of the Premier League.

Although it is clear that the Whites and their fan base are experiencing a great lot of disappointment, there is a growing recognition that this trade may ultimately be beneficial for both the club and the player.

But what have the supporters of City thought about it? And where exactly does the England international, who is 26 years old, slot in with Pep Guardiola’s team that has so many trophies?

It is very easy to understand why City would want to sign Phillips from a simply pragmatic standpoint. He will take over in the midfield for Fernandinho, who left the club this summer after a successful run of nine years with the organisation.

It is expected that he will take the spot in the pecking order for the solitary defensive midfield position that Guardiola prefers that is currently held by Rodri.

It is a role that Phillips is familiar with due to his time spent at Leeds, particularly during the most recent four years, which were spent in large part under the management of Bielsa. Bielsa was the person who did more than anyone else to transform Phillips from a player who was floundering through the Championship into one who has won individual awards for his country.

Phillips was perhaps the most important player for Leeds when their previous manager was in charge. He was a shield in front of the defence while also serving as the pass-providing quarterback through which the team would transition into attack.

It is likely that Phillips will be asked to fulfil a job analogous to this one for his potential new club, but in a squad that holds an even bigger percentage of the possession during games and is typically subject to a lower level of offensive pressure from opponents.

Phillips has shown that he is capable of operating in another midfield role higher up the pitch with England, when he was a part of a successful double pivot alongside Declan Rice. Should Guardiola require him to do so, Phillips has already proved his capacity to do so.

In contrast to his time spent at Leeds, it is unlikely that Phillips will be Guardiola’s first option in the middle of the field at City. Rodri has solidified his position as the player to turn to in this position.