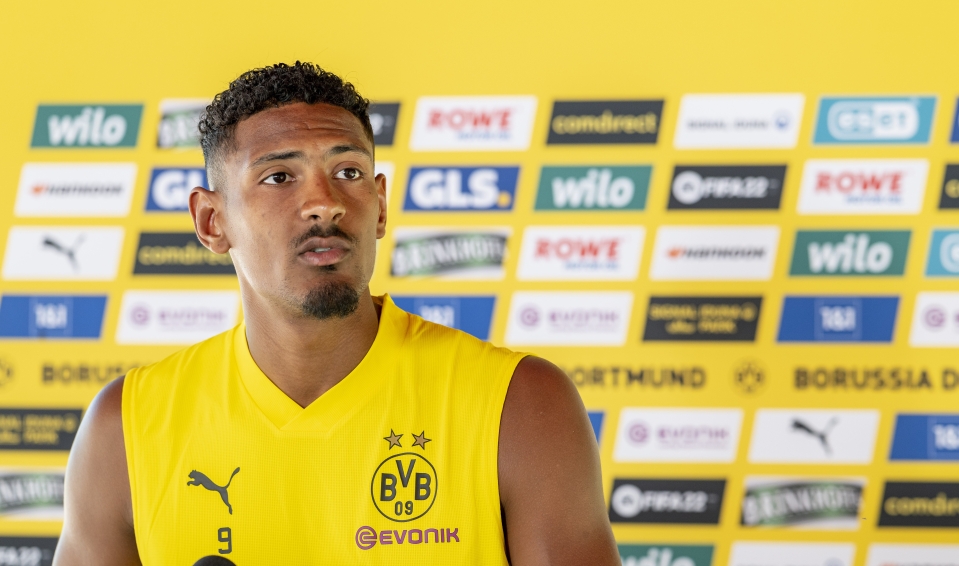 Following the news that Borussia Dortmund striker Sebastien Haller has a testicular tumour, Declan Rice was among many who sent their best wishes for a swift recovery to Sebastien Haller.

Haller joined the German giants from Ajax less than two weeks ago in a move worth £28 million. Prior to joining Ajax, Haller played for West Ham for two years.

Although the club has issued a statement stating that he has left the camp, he has been training in Switzerland in preparation for the upcoming season.

Because of an illness, Borussia Dortmund striker Sebastien Haller was forced to leave the BVB training camp in Bad Ragaz, Switzerland, early and has already made his way back to Dortmund.

In the coming days, additional testing will take done at a medical facility that specialises in that particular field.

Sebastian Kehl, the director of sports for the BVB, said in a statement that, “This news came as a shock to Sebastien Haller and to all of us today.”

“On behalf of the entire BVB family, we hope that Sebastien will make a speedy and complete recovery so that we can embrace him once more very soon.

We are going to spare no effort in order to make sure that he gets the very best care that is available.

The following is an excerpt from the company’s statement: “Borussia Dortmund requests that the privacy of the player and his family be respected and that no questions be asked.”

“As soon as we receive additional information, we will inform you in collaboration with the player,” we said, “as soon as we obtain further information.”

Rice, who competed alongside Haller in the Premier League, sent out the following tweet: “Thoughts are with you my brother. I will be praying for a rapid recovery for you.

West Ham responded to Haller’s tweet by saying, “We’re with you, HallerSeb. I hope that your recovery goes as smoothly as possible.