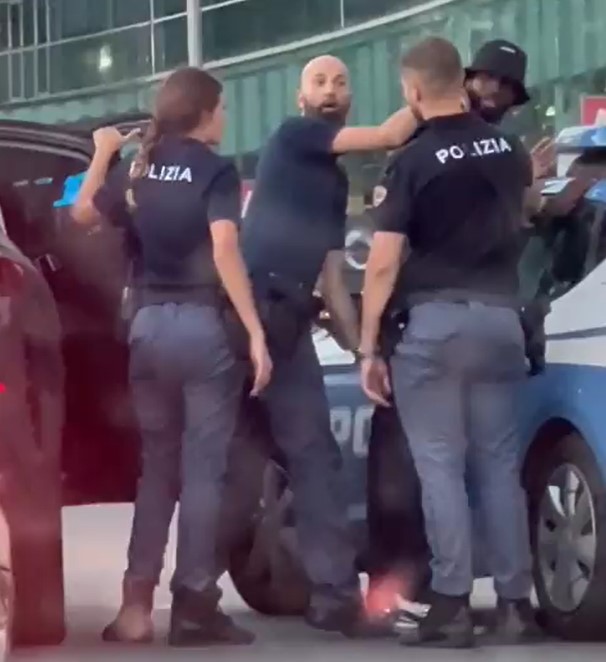 In what appears to have been a case of mistaken identity, armed police officers detained and searched Tiemoue Bakayoko at this very moment.

The event took place in Milan almost two weeks ago; nevertheless, the footage, which was taken by another motorist and posted on Twitter on Monday, has since gone viral for unknown reasons.

While he was being held against a police cruiser, one officer conducted a search on him; however, it is unclear why he was stopped and searched in the first place.

Bakayoko acted in a completely cooperative manner, which resulted in the officer in question taking another look at Bakayoko’s appearance before a fellow officer emerged and informed him of exactly who it was.

The officer, who was clearly taken aback by the incident, didn’t waste any time in releasing the midfielder and instead gave him a nice pat on the back while making an apology face.

The Milan police explained that despite the exceptional mix-up, it was essential due to the severity of a potentially deadly situation that was taking place at the time.

It should be highlighted that the search took place in an operational context that required the employment of the greatest security procedures, the police said in a statement that was made available to Reuters.

“Also as a function of self-protection, and it was carried out in a manner that was totally consistent with the kind of alarm that was going off at the time.

The Italian Serie A club Milan, where the player is now playing on loan from Chelsea, stated that the search was conducted as a result of a shooting that took place nearby.

It looks as though Bakayoko, who is now 27 years old and plays for Chelsea, will be parting ways with the club he joined in 2017. This might make for a very active summer for Bakayoko.

After spending the last four years away from west London on loan, Marseille has been extensively connected with a transfer for him, and this might see him travel to France in an attempt to rekindle his career.