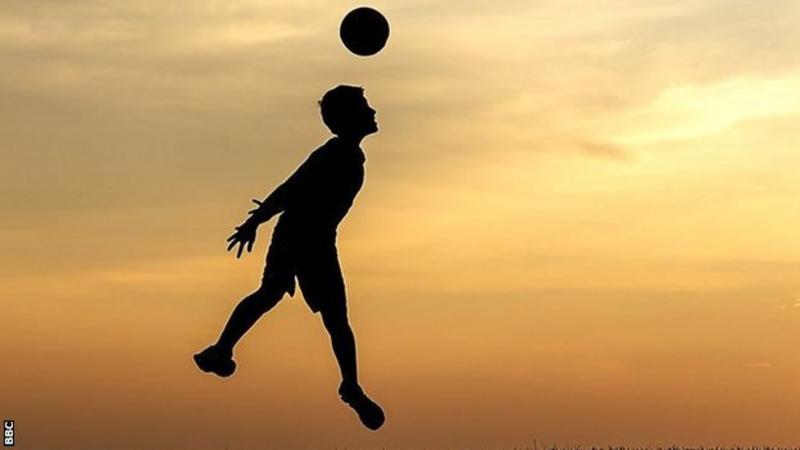 The Football Association is going to test out a rule that prohibits players from heading the ball in games that are played at the under-12 level.

It comes as a result of study that indicates former football players had a higher risk of dying from brain disease than other people do.

It will be coordinated with the county FA network, as well as leagues, clubs, and schools all around the nation.

According to a statement released by the Football Association (FA), “should the experiment be a success, the intention is then to abolish deliberate heading from all football matches at U12 level and below from the 2023-24 season.”

Former West Bromwich Albion striker Jeff Astle and other members of the England World Cup squad from 1966, including Jack Charlton and Nobby Stiles, have all passed away as a result of brain functioning illnesses that are thought to be directly linked to heading footballs.

Former soccer player Sir Bobby Charlton, well known for his time with Manchester United and the World Cup, has been diagnosed with dementia.

Research on football and brain trauma, which was led by consultant neuropathologist Dr. Willie Stewart, has indicated that professional football players had a risk of dying from dementia that is three and a half times higher than the same age range of those in the general population.

In England, Scotland, and Northern Ireland, coaches are no longer allowed to teach children under the age of 11 to head footballs during training, and FA guidelines also limit the amount of heading that older children should do. This change was made to protect the safety of the youngsters.

The previous year saw the introduction of new standards that suggested professional players in England should be restricted to no more than 10 “higher force headers” per week when they are training.

According to a statement released by the governing body of English football on Monday, “The FA will continue to explore further ideas, in consultation with stakeholders in the game,” in order to lessen the amount of heading that occurs in youth football without fundamentally altering the fabric of the game.

Dawn Astle, who is the project lead for neurodegenerative illnesses in football at the Professional Footballers Association, expressed her excitement at participating in the trial.

“The logical and reasonable next step is the new trial that is being considered to extend the heading standards that are already in place for training to actual games.

“The sport of football has a responsibility to continue taking precautions to reduce the dangers of heading a ball. This duty applies not only to the care of players in youth football, but also to those at the highest levels of the professional game.

“At the beginning of the 2022–2023 season, each and every professional team will be required to adopt the relevant heading requirements into their respective training routines. Their youth, women’s, and men’s teams are all included in their scope of responsibilities.”

The trial was referred to as a “watershed event” for football by Dr. Adam White, a senior lecturer in sport and coaching sciences at Oxford Brooks University.