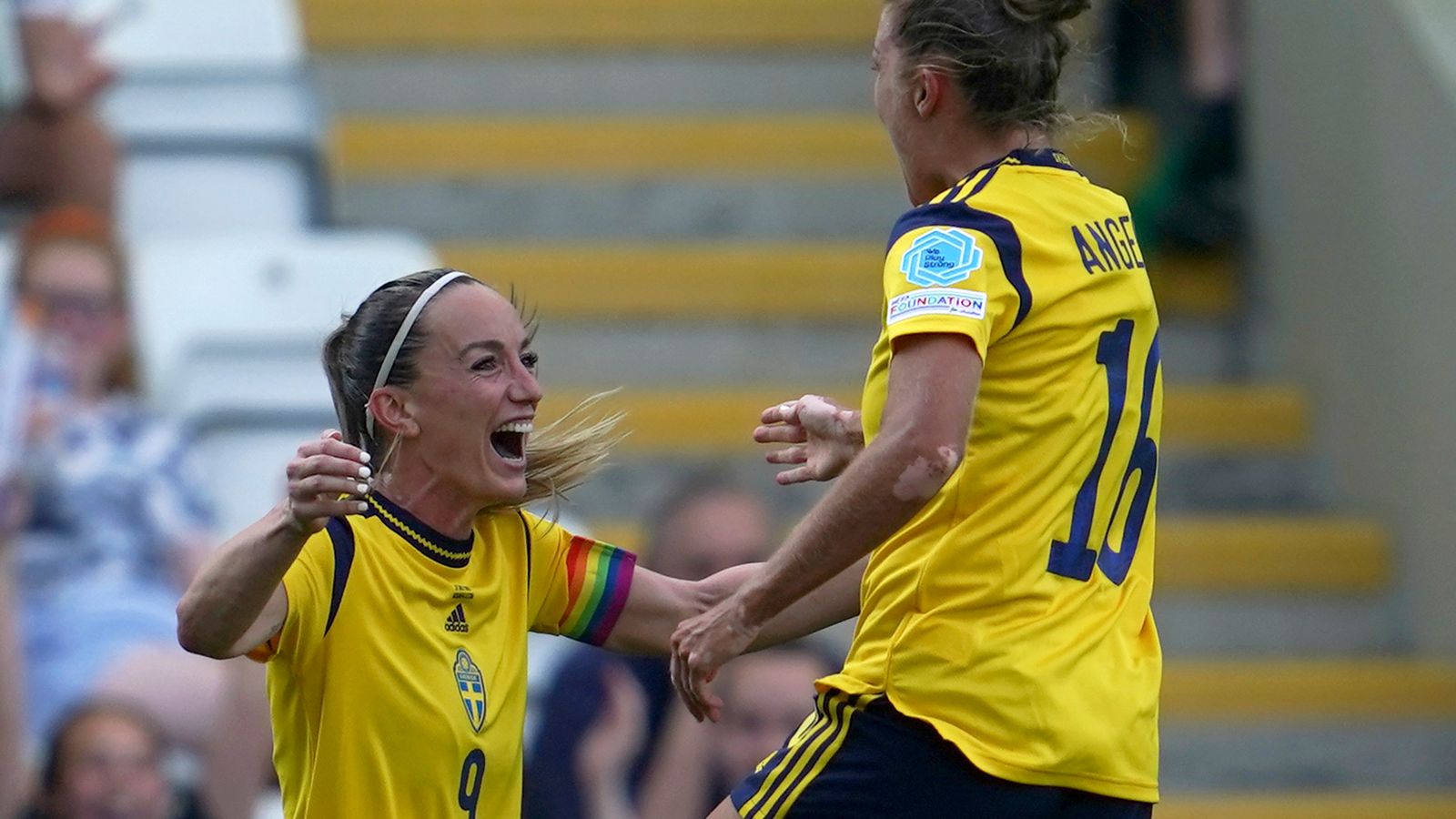 Group C winners will play Group D runners-up in the last eight match, which will take place on Friday in Leigh. Sweden have maintained their record of advancing to the knockout stages of every Women’s European Championship.

In Sweden’s final Group C match, they defeated Portugal 5-0 thanks to a brace from Filippa Angeldahl, who plays for Manchester City. This victory allowed Sweden to advance to the quarterfinals of the Euro 2022 tournament.

Because of their victory at the Leigh Sports Village and the fact that the Netherlands defeated Switzerland by only a three-goal margin, the No. 2 team in the world will not be playing France in the round of the final eight.

As a result of an own goal scored by Carole Costa, Kosovare Asllani’s penalty kick, and a late stunner scored by Stina Blackstenius, Sweden cruised to a convincing victory and took first place in their group. However, they will not know who they will face in the knockout stage until Monday night because Iceland, Belgium, and Italy still have a chance to advance.

The fact that 230-cap veteran Caroline Seger’s remarkable run of 17 consecutive starts for Sweden in European Championships had been terminated due to a heel ailment was the most noteworthy piece of information before kickoff.

In addition, Portugal made substitutions, and head coach Francisco Neto brought in experienced goalkeeper Patricia Morais. Morais was quickly involved in the action, making a fantastic save to prevent Johanna Rytting Kaneryd from scoring.

At the other end of the field, Costa had a golden opportunity to put Portugal in the lead when she came on the end of a corner kick taken by Andreia Norton; however, her half-volley shot went wide of the goal.

It was not enough to dampen the enthusiasm of the strong Swedish contingent in Leigh, who were already jumping around before they even scored a goal, which they could then celebrate minutes later.