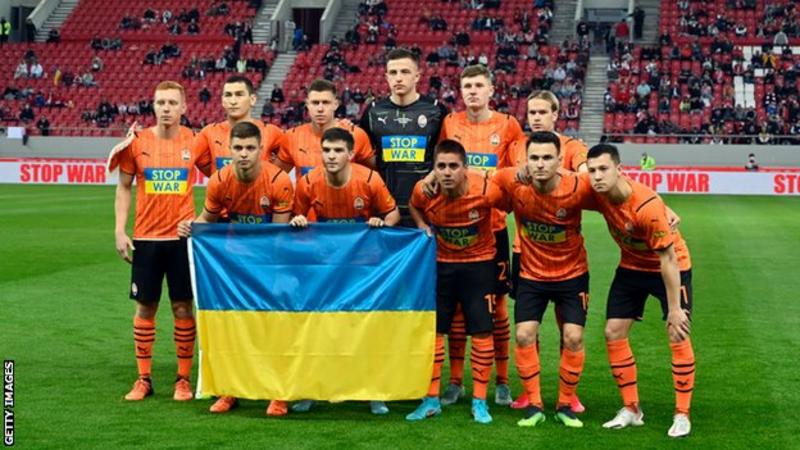 Shakhtar Donetsk, a club in Ukraine, is seeking compensation from Fifa in the amount of 50 million euros, which is equivalent to 43 million pounds.

Following Russia’s invasion of the country in June, the regulatory body of football on a global scale declared that international players playing in the country had the right to stop their contracts.

The club has submitted a challenge to the decision to the Court of Arbitration for Sport (CAS).

According to Sergei Palkin, chief executive officer of Shakhtar Donetsk, spoke to BBC Sport, “We had no choice but to do this because of Fifa’s extremely unfair judgement.”

“As a direct result of the implications, we will continue to miss out on significant money from projects that we had anticipated closing.

“We would also like to bring attention to the fact that despite the precarious situation that Ukrainian clubs find themselves in as a result of the war, Fifa has shown very little regard for these clubs.

Shakhtar, a club that frequently competes in the Champions League, claims that it incurred financial losses because four of its players departed the organisation after having their contracts suspended as a result of a decision made by FIFA.

In a letter to CAS that was viewed by the BBC, Palkin disclosed the following information: “As a result of the judgement made by FIFA, FC Shakhtar has lost the opportunity to acquire four foreign players for a combined sum of about €50 million.

“As soon as the conversations about their potential transfers began, four players from other countries withdrew from further participation.

“The players’ agents counselled them to walk away from the negotiations in order to depart the club without receiving any pay, which would enable them to achieve more lucrative contracts with new employers,”

Fifa issued a ruling on June 21 that international players and coaches might suspend their contracts with Ukrainian clubs until June 30, 2023, if they were unable to reach an agreement with their respective clubs by the deadline of June 30.

Shakhtar’s roster included 14 players from other countries, and the club planned to sell some of those players in order to collect money to make up for the revenue they had lost.

The Russian invasion has had a devastating effect on their revenue streams, and the 13-time Ukrainian champions had planned to retrieve money both to replace the club’s losses and to support them in their humanitarian response to the crisis. However, this has not been possible.

However, they stated that they had slightly more than a week to finalise any deals with players before they could unilaterally cancel their contracts, and because of this, many clubs and agencies delayed in order to avoid having to pay transfer fees.

In the past, Palkin has been critical of agents, whom he asserted were taking advantage of the conflict in Ukraine for their personal gain by’stealing’ players and demanding that transfer money be paid straight to them rather than to the club itself.

Palkin continued by saying, “In the absence of any reaction from FIFA, we will have no choice but to seek damages compensation from the proper courts.”

The ongoing conflict in Ukraine resulted in the termination of the country’s top league on April 27, after it had initially caused the league to be suspended.