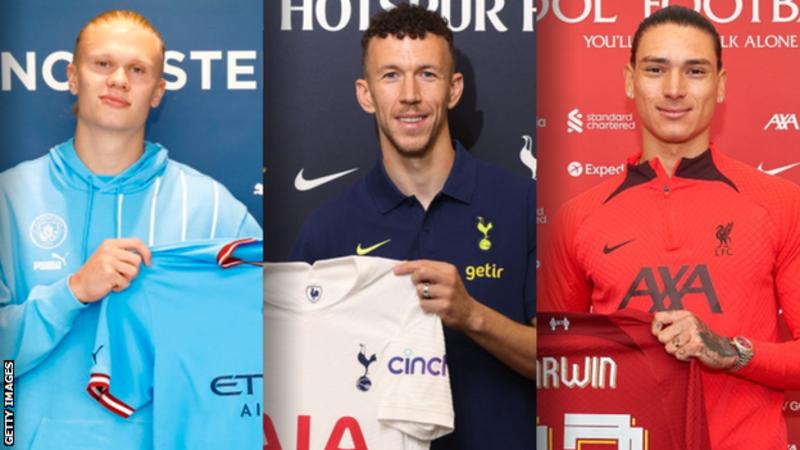 This summer, Premier League fans will get their first look at new signings, new managers, and new uniforms as the league prepares to expand its reach internationally for the third time.

As a result of the relaxation of coronavirus restrictions, teams will be able to play preseason games outside of the United States for the first time since 2019.

Erling Haaland will make his debut for the champions of Manchester City when they play in the United States. This will be the first time a soccer match has been played at one of the top sport venues in the country, which is Lambeau Field, which is the home of the Green Bay Packers, a top team in the National Football League.

While Tottenham will travel to South Korea, Israel, and Scotland, Arsenal, Chelsea, and Everton will all be making the trip to the United States.

Liverpool, who finished as runners-up in the previous season, recently made an expensive transfer to acquire Darwin Nunez. The Uruguayan striker could make his debut for the Reds in Bangkok, where they will face off against Manchester United for the first time since Erik ten Hag was hired as manager of the club.

Along with United, Crystal Palace will be travelling to South East Asia and Australia as part of their preseason preparations for the 2022-23 season. Aston Villa and Leeds will also be making the trip down under.

However, due to the fact that United will be playing in Norway and Villa will be travelling to France, these two Premier League clubs will together rack up more than 22,000 flight miles during the course of the summer.

Since the final of the women’s European Championship will be held at Wembley Stadium on July 31, the Community Shield will be played at the King Power Stadium in Leicester instead. The match between the league champions Manchester City and the FA Cup winners Liverpool will take place on July 30.

The new Premier League season will begin the next weekend, once again with a London derby on a Friday night. Crystal Palace will attempt to follow in the footsteps of Brentford from the previous season by beginning the campaign with a victory over Arsenal at home on August 5.