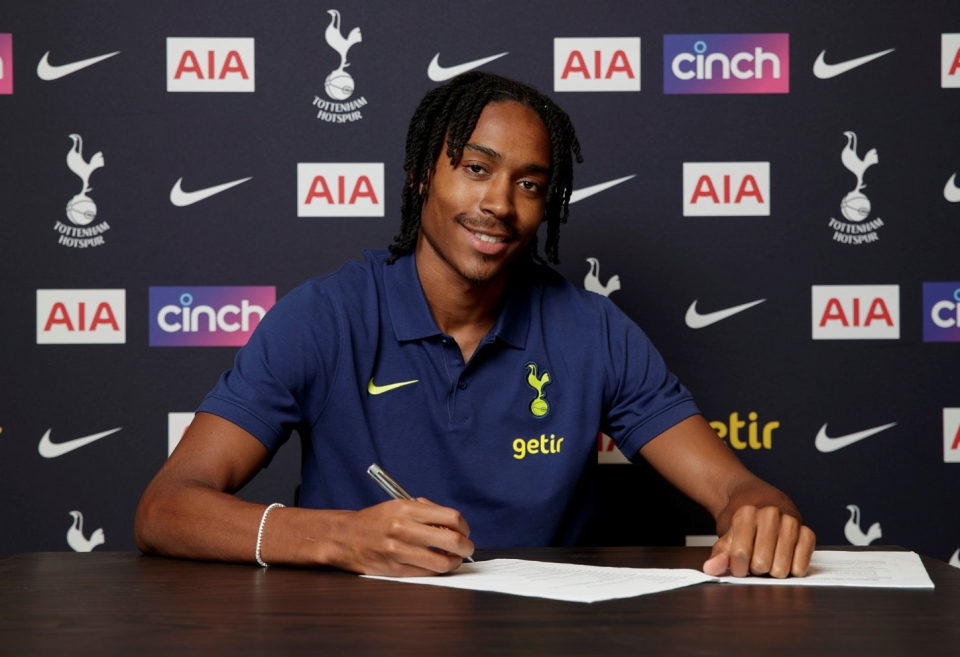 The transfer of Middlesbrough defender Djed Spence to Tottenham has been officially announced.

The 21-year-old player was reportedly acquired by Spurs for an initial sum of £12.5 million, with the potential for the fee to increase to £20 million with add-ons from the Championship club.

It was believed that a number of Premier League clubs were interested in signing the 21-year-old player this summer, but he ultimately decided to stay with Middlesbrough after spending time on loan with Nottingham Forest.

After a successful season 2021/22, several teams, including Forest, Arsenal, and Liverpool, were rumoured to be interested in acquiring the right back.

Spence made 46 appearances for the team that is now in the Premier League while he was on loan at the City Ground during the season in which they won promotion. He scored three goals and was directly responsible for five others.

In March, he made his first appearance for England under-21s, and since then he has made three more appearances for the team.

The club made a jest on the fact that Spence is the sixth player to join the north Londoners by referring to him as the “Sixth Spence” in their press release.

After the entrance of Yves Bissouma, Ivan Perisic, Fraser Forster, Richarlison, and Clement Lenglet on loan from Barcelona, he is the newest player to join the club.

It is anticipated that Spence would compete with Emerson Royal and Matt Doherty for the right wing-back position during the following season.

There have been rumours circulating that the arrival of the new young people may result in the departure of either Emerson or Doherty during the summer.

In the meantime, despite leaving Middlesbrough, Spence said farewell on Twitter to Nottingham Forest, the club for which he played on loan during the previous season, and the fans of that club.

“What a huge club, what an incredible team, and what devoted followers you have. We started at the very bottom and worked our way all the way to the very top. We made dreams come true, and I can’t thank you all enough for the incredible trip that we all took together to make those dreams come true.