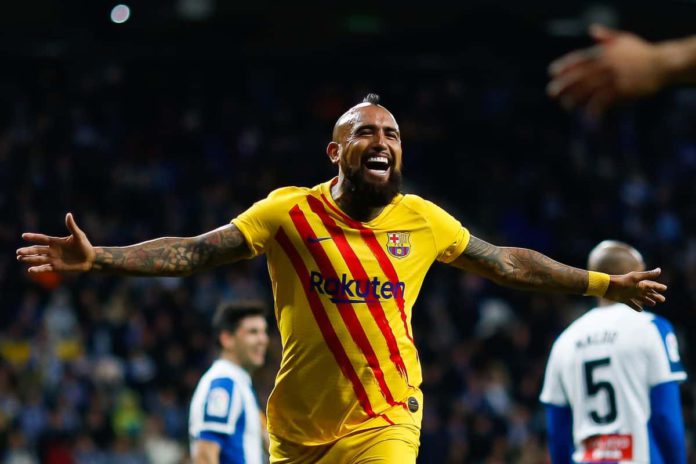 Manchester United are showing a keen interest in signing Barcelona anchorman Arturo Vidal. Red Devils’ boss Ole Gunnar Solskjaer is in need of dire reinforcements in the middle of the park at the moment.

Vidal joined Barcelona in 2018 and has got ample of chances to feature under Ernesto Valverde. However, the arrival of Frenkie de Jong and the rise of Arthur has restricted his game time in the LaLiga. Apparently, the Chilean has made only 4 starts for the Blaugrana in the league this season.

As reports suggest, Vidal has already asked his agent Fernando Felicevic to engineer a transfer. As a result, Felicevich is already in talks with a number of clubs over Europe. Meanwhile, Barcelona is also ready to let the Chilean leave if they get £17million in lieu of his services.

Meanwhile, Manchester United’s frailties in the midfield were laid bare yet again as they suffered a 3-1 loss at Old Trafford to rivals to fierce rivals Manchester City. Ole Gunnar Solskjaer is visibly short of midfield options after losing first-choice midfielders Paul Pogba and Scott McTominay to injuries.

Manchester United could look up to Arturo Vidal as a short term replacement for McTominay. Solskjaer also confirmed that he has the backing of the board to make signings in January.

“And of course with the injuries that we’ve had and the illnesses, it shows more,” he said.

“That’s something we’re looking at. ‘If there’s something there for us, I’ve got the backing to do something. But if it’s not the right thing I won’t do anything.”

Next up, Manchester United will lock horns with relegation battlers Norwich City as they aim to get into the top four in the Premier League.