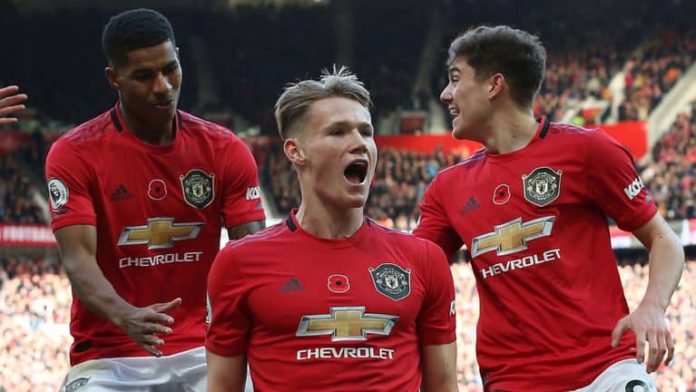 Manchester United has been gifted an opportunity to sign Atletico Madrid midfielder Saul Niguez, the Daily Telegraph have reported.

Ole Gunnar Solskjaer is looking at options to bolster his ailing midfield line. The Norwegian is in high regard of the Rojiblancos number 8 and views him as the ideal man to add guile and athleticism to United’s midfield.

And, according to the reports from the British tabloid, Atletico has reduced their asking price from £125m to £85m. The price reduction is bound to spark a battle between Manchester United and Premier League rivals Chelsea, who are also interested in the Spaniard’s signature.

Paul Pogba’s return to the lineup following his injury could possibly hinder United’s attempts to sign the 25-year-old. With Scott McTominay establishing as a crucial part of Solskjaer’s midfield juggernaut, Andreas Pereira’s intermittent form has compelled the Norwegian tactician to look for options in the transfer market.

United could possibly make a move for Niguez in January. Interestingly, the Red Devils were one of the two English clubs who rejected the chance to sign the deep-lying playmaker back in his formative years.

“This is a man that as an 18-year-old was offered to Everton and they said no.”

Now, the 25-year-old has bagged oodles of experience and has also appeared in the Champions League final.

Manchester United will face Everton this evening in the Premier League, as Niguez made it to the score sheet in their 2-0 win over Osasuna.